That makes a good bargain

Large percentages do not always speak for a good offer. Often, the starting price is based on the usually very high, non-binding price recommendation (RRP) of the manufacturers, so that the discount looks particularly large. In reality, other retailers often offer the device at the same or even cheaper prices. TECHBOOK therefore only includes bargains that really offer the lowest price of all retailers.

Another criterion is the quality of the product. Real bargains have to be good too. That is why TECHBOOK only presents articles that have convinced a large number of other users in terms of equipment and usability or those that the editors have already tested themselves and found to be good.

This technology is currently particularly cheap (as of March 27, 4:43 p.m.) This bundle is a perfect start to your smart home. The Blink-XT2 camera is simply attached to the front door and shows directly who is at the door. Thanks to the built-in loudspeaker, you can also speak to your correspondent straight away. The camera also automatically detects motion and can then start video recordings that can be stored in the cloud and viewed later. The camera also issues a warning if it detects suspicious movements at the front door. 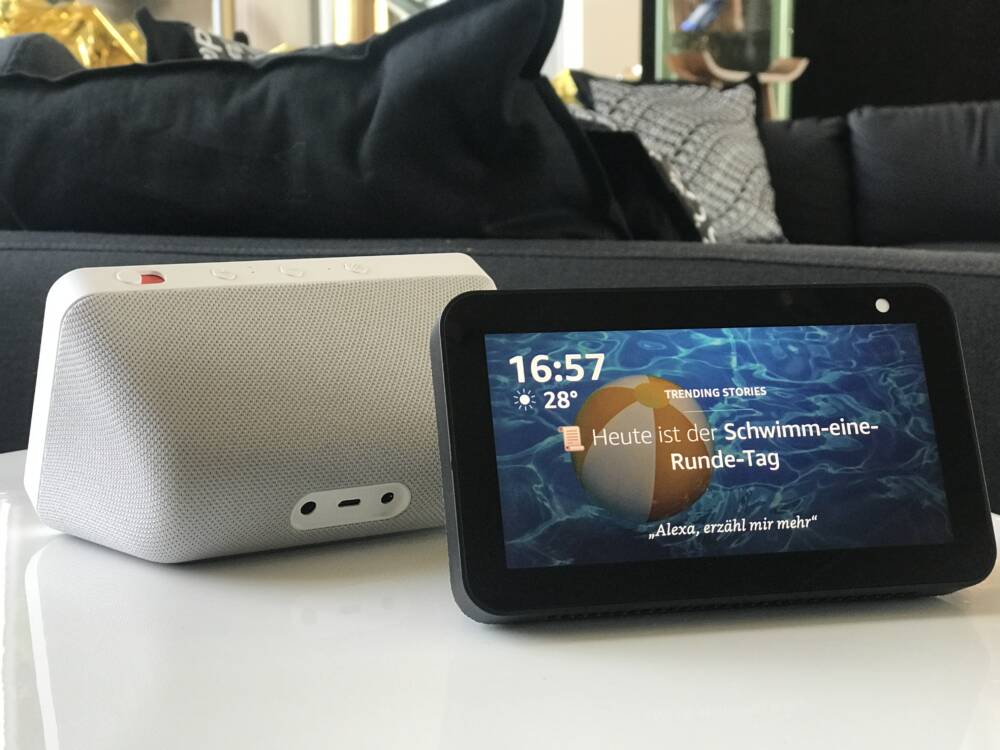 The camera is controlled via a smartphone or smart speakers such as the Echo Show 5. The Show 5 is small, compact and has a display. As a member of the show series, Amazon has equipped the device with a eponymous 5.5-inch touchscreen, which can not only be used to call up information, but also to play videos – including the recordings of the Blink XT2.

The bundle is offered by Amazon for an affordable 115.99 euros. Otherwise, the devices together cost over 170 euros.

Smartphones take ever better photos and videos thanks to optical and electronic image stabilization. However, they cannot match the butter-soft stabilization of a real gimbal. The Moza Mini-S Essential is such a gimbal – with 3-axis stabilization. The gimbal balances vibrations and jerky movements with its three motors, and the smartphone’s direction of view can be changed at the touch of a button. Starting the recording and zooming is also possible directly via the handle. The practical thing about the Moza Mini-S Essential is that it can be folded up small and does not take up a lot of space like most other gimbals. A small tripod is also included. The built-in USB-C port for charging is also practical. The gimbal is connected to the smartphone via Bluetooth, the battery life is up to eight hours according to the manufacturer.

The Moza Mini-S is essential at Media Markt [Anzeige] for 33 euros plus 4.99 euros shipping costs on offer. The competition is only available from 44.95 euros.

As an alternative to the Mini-S Essential, there is also the somewhat higher quality gimbal from Rollei this week, but it is not foldable. The Rollei Steady Butler Mobile 2 is on Amazon and for 49 euros Media Markt [Anzeige] on offer. This wireless keyboard is the ideal companion for a multimedia PC, which you can also operate comfortably from the sofa thanks to the integrated touchpad. The flat chiclet buttons are pleasantly quiet, and there are also extra buttons for multimedia control. The touchpad has two integrated buttons for left and right click and is comfortably large. To establish the connection with the PC, only the small, supplied USB transceiver has to be plugged in. The keyboard requires two AAA batteries.

At Saturn and Media Markt [Anzeige] there is the multimedia keyboard for cheap 24 euros for collection in the market or delivered to your home for 1.99 euros shipping costs.

The charging station is available on Amazon for 29.99 euros. The discounted price comes with the discount code ANKERPW10 reached, which can be activated directly on the product page. A practical extension for the smart home are sockets that are controlled via Bluetooth. You can connect standby devices to it, for example, and thus prevent them from drawing power when not in use. The SmartPlug works with Amazon’s Alexa, the Google Assistant and Apple’s Homekit. The connector can be controlled via Bluetooth as well as via the Hue or other Zigbee bridges. It can be connected to other smart devices such as a mobile light switch and a motion sensor, for example to switch the power on and off for an entire room.

At Media Markt [Anzeige] there is the Smart Plug this week for 22.39 euros. The lower price is achieved by adding the item to the cart, where EUR 5.60 is deducted directly from the EUR 27.99 normal price.

World War Z is based on the best-selling book of the same name from 2006 and is strongly inspired by the 2013 film adaptation. In the co-op game, players come together against huge zombie hordes that can roll over everything with up to 1000 undead at the same time and even climb buildings. Players can choose from six specialized character classes, the fights take place in a total of 15 maps around the world: Moscow, New York, Jerusalem, Tokyo, Sydney, Oslo, Barcelona, ​​Denver, Cairo, Seoul, Budapest, Auckland, Buenos Aires, Paris and Johannesburg.

The PC version of the game will be available completely free of charge in the Epic Game Store until next Thursday. The regular price is otherwise € 34.99. 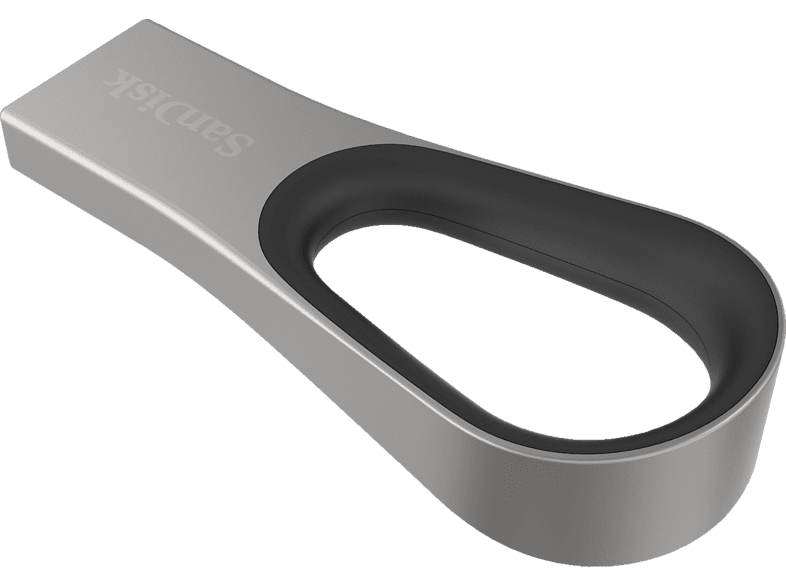 There is not much to say about the Sandisk Ultra Loop USB stick, except that it is hardly cheaper to get more memory. The memory stick supports USB 3.0 and has a good reading speed of 130 megabytes per second (MB / s), so that a film in Bluray quality can be copied in under a minute. The unusually chic and sturdy metal housing for a USB stick is definitely a plus.

There is a USB stick at Media Markt [Anzeige] for 19 euros including shipping costs. In the competition, the stick is only available from 24.43 euros. 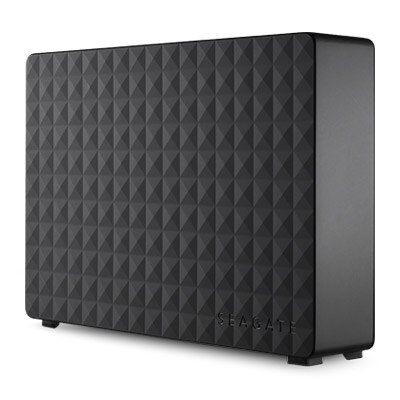 A simple external expansion hard drive for the desktop PC, with which the storage capacity can be quickly and easily increased. The plate is ready for use straight from the box and only needs to be connected to power and a free USB port. For the best transfer speed you should connect it to a port with the standard USB 3.2 Gen 1 × 1 (USB 3.0), but it is also backwards compatible with USB 2.0.

The variants of the external hard drive with 6 terabytes (TB) and 8 TB storage are straight at Media Markt [Anzeige] again really cheap. 6 TB costs 99 euros, 8 TB 129 euros – both are free of charge.

This wired gaming mouse offers numerous personalization options such as eleven programmable buttons, additional weights and RGB lighting. The mouse wheel is a 4-way wheel with which you can also scroll horizontally. A well-known 16K Hero Sensor with 16,000 CPI (specified by the manufacturer as DPI) sits under the hood, which precisely transfers hand movements to the screen with high accuracy.

Free shipping for 39 euros at Saturn [Anzeige] the gaming mouse is really cheap. The normal price is otherwise 49 euros. 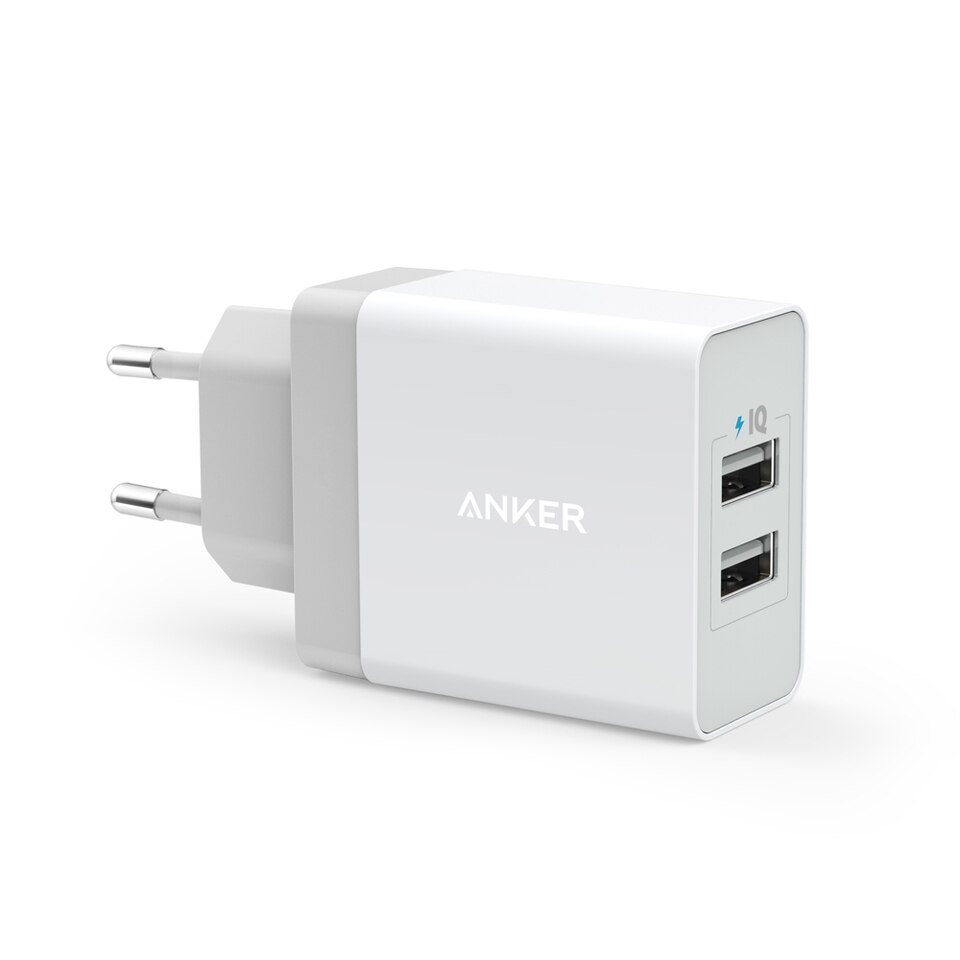 Although most manufacturers already include high-performance quick chargers in their smartphones, there are still exceptions, such as Apple, that only issue weak-power adapters. The Anker dual charger is just the right thing. It can charge two devices simultaneously and provide a total of 24 watts of power. This means that devices that support the quick charge function can be charged faster than with conventional USB power supplies.

The charger is available on Amazon with the IY5UEY6A voucher for only 11.04 euros instead of the regular 12.99 euros. The discount will be deducted directly from the shopping cart.

You still need to know about bargains

Bargains come and go very quickly, many articles are only available in a very limited number. Even if the offers are advertised in brochures for a week, for example, they may already be sold out beforehand. When shopping, also pay attention to possible shipping costs that add to the purchase price. Not all retailers generally offer free shipping.

The offers are often also available from other retailers, because Amazon in particular is constantly scanning the market and adjusting the prices of its products to those of the competition. The reverse also works. If you find a cheap price on the Internet, confront your local dealer and ask for the same discount. This strategy is particularly promising for large electronics markets. So you can save shipping costs under certain circumstances. It is also worthwhile to use a comparison portal like Idealo.de * or Geizhals.de before buying and see if the product is still cheaper elsewhere.

Display: Here it goes even more bargains for electronics at Amazon

* Axel Springer SE, to which TECHBOOK also belongs, has a 74.9 percent stake in Idealo.de.

UN says disinformation about COVID-19 is the new enemy