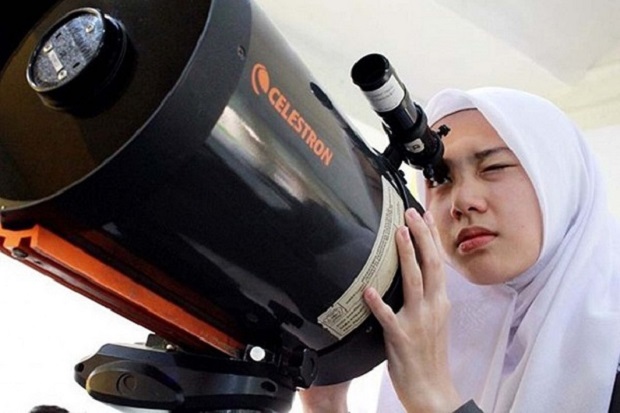 JAKARTA – Favorite majors such as communication, medicine, economics and also engineering have become the favorite target of high school graduates and the equivalent. Even though the level of intense competition has caused many students to be kicked out of the selection on that favorite path.

On the other hand, there are majors that prospective students rarely know about and lack of interest in but have great job opportunities.

In choosing a study program at College prospective students need to implement a strategy because they will be dealing with thousands of competitors.

There is a lot of information about which study program is a favorite every year. There are also majors that have a low level of strictness and lack of interest in a number of universities.

Launching the educational startup page Ruang Guru at ruang.guru.com, Friday (11/5/2021), it turns out that many college majors are still foreign to the public, but the job prospects after students graduate are very broad in various fields.

Here are 7 references that can be taken into consideration when choosing a major in college later.

1. Astronomy Department
From the name alone, it can be predicted that when you become a student, things related to space will become the main material for your study. The Department of Astronomy is considered to be low on interest because it is considered difficult and many do not know the job prospects.

Even though being a student of this department, you will encounter many exciting and amazing things because you can observe celestial objects, including stars, planets, comets, nebulae, star clusters, or galaxies.

As a student majoring in astronomy will also learn about natural phenomena that occur outside the earth’s atmosphere.

After graduating from this major, you can work in promising institutions such as LAPAN, BMKG, observatories, NASA or even astronauts with fantastic salaries.

In Indonesia, the Bandung Institute of Technology is the only university with a major in astronomy in Southeast Asia.

2. Forestry Department
One of the graduates of this department is President Joko Widodo who studies at Gadjah Mada University (UGM). Although there are no fans, this major has great job opportunities.

Indonesia is a tropical country with vast stretches of forest. So that there are not a few forest conservation agencies that require personnel and knowledge from graduates majoring in Forestry to manage forest areas.

Not only learning about forests, but the lecturers will later provide knowledge about how to manage forests and everything in the forest. Such as forest ecosystem management, utilization and protection of forest products, to forest productivity.

With this knowledge, graduates can work in various promising fields. Starting from consultants, researchers, entrepreneurs, or employees in national to international forestry institutions.

The assumption is arguably not true because this department will teach many things. Starting from the field of archives, organizing, preserving, and disseminating information resources in a library.

The job prospects after graduating from this department are also very broad because almost all agencies require experts in the field of literature and archives. Among them can have a career as a librarian, programmer, secretary, archive administration, to document controller.

4. Department of Oceanography
“From the name, it seems like learning about the sea, huh?”
So true. Although still a foreigner, majoring in Oceanography is one of the majors that has promising job opportunities. Oceanography is a branch of marine science that studies various aspects of the ocean.

Such as marine organisms and ecosystem dynamics, ocean currents, waves, seabed geology, and so on.

As a country with a majority of waters, Indonesia is strengthening its maritime sector. So this knowledge is very much needed and relevant to the mission. The impact is that graduates from this department are in high demand and the salary offered is also quite high.

Professions that can be pursued range from oceanographer, coastal modeler, metocean engineer, offshore navigator, oceanographic surveyor, to researchers in private or government institutions. Universities majoring in Oceanography in Indonesia are UNDIP and ITB.

After graduation, you can become a teacher, research advisor, content writer, counselor, state advisor, or work in the creative industry such as Dian Sastrowardoyo. State universities majoring in philosophy are UI & UGM.

6. Department of Archeology
Archeology is the study of past and present (human) cultures through a systematic study based on data on abandoned objects. During college, students will often go on field studies to exciting places that are rarely visited by other people.

Students will learn and analyze various ancient relics, past events, and artifacts.

Archeology graduates can work as researchers, historical objects experts, or even you have the opportunity to be recruited by scientists from abroad. Universities with archeology majors in Indonesia include UI, UGM, UNHAS, Udayana, Jambi University, and Halu Oleo University.

Graduates from this department are highly sought after by state institutions and agencies in the field of cultural sciences. For example, you can become a researcher, anthropologist, lecturer, civil servant journalist, consultant, humanist, HRD, and many more. Several universities that opened this department include UI, UGM, UNAIR, Unpad, Undip and Unibraw.

Will the coronavirus still shake up the end-of-year celebrations? “The situation is not that of last year”

Google is preparing to launch the first foldable phone