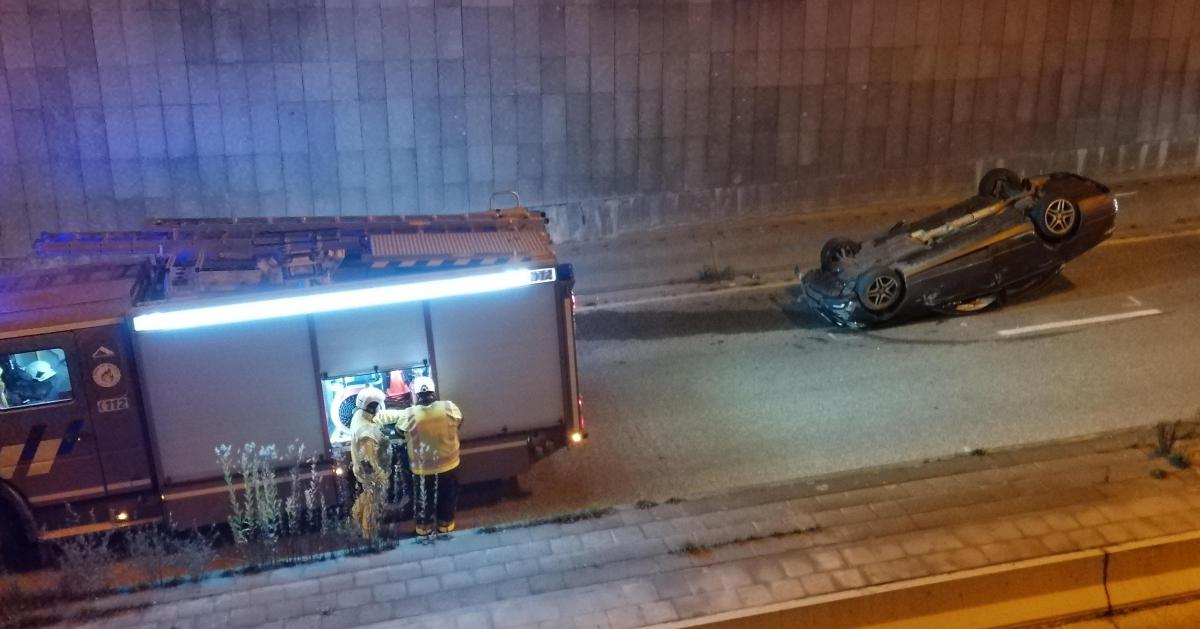 During the night from Friday to Saturday, a violent accident occurred at the entrance to the Express route tunnel, in the Dottignies-Courtrai direction. A car occupied by four people finished its race on the roof. Two ladies were injured.

It was a little after 3 a.m., Friday night to Saturday, when the accident occurred.

A Mercedes Classe E car, registered in France, was traveling on the Boulevard des Alliés, in the direction of Dottignies towards Kortrijk.

At the entrance to the Express route tunnel, the vehicle struck the curb separating the descent to the underpass and the exit to rue Saint-Achaire.

Having become uncontrollable, the car first continued on the side before coming to a stop several meters further on, on the roof!

Four people, two men and two women from Comines-France, were in the vehicle. “If we had been asked for an extrication, at the base, it was ultimately not necessary. Conscious, the two ladies were taken to the nearby CHM, ”said Lieutenant Michaux, who led the intervention for the firefighters. “An ambulance from Mouscron, another from the Fluvia zone and a SMUR from Mouscron intervened. We also dispatched an extrication pumper and a beacon vehicle to the site ”

The Mouscron police also went to the scene of the accident, in order to carry out the usual reports.

Access to the Express route tunnel was temporarily closed, vehicles then being forced to exit towards rue Saint-Achaire, the time to allow the emergency services to intervene. A tow truck was also called in to evacuate the vehicle immobilized on the expressway.