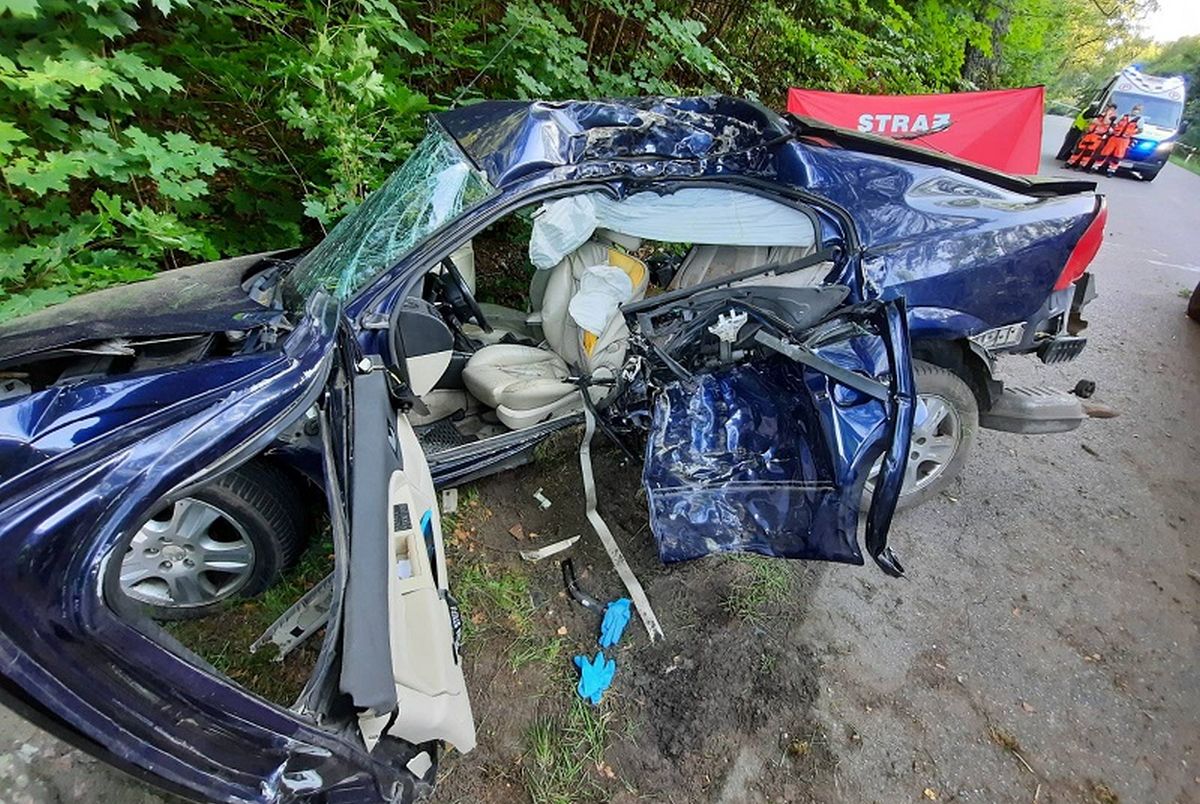 A tragic accident took place on Sunday in the Cewice commune (Lębork district). The man driving the Ford missed the vehicle and ran into a tree. One of the passengers died – a 19-year-old who was an MMA fighter from Bytów.

Instagram / District Police Headquarters in Lębork / In the photo: the scene of the DW212 accident in the Cewice commune

The tragedy happened on Sunday afternoon (5 September) on the Provincial Road No. 212 in the Cewice commune. Four people traveled in the Ford Mondeo.

“Preliminary findings of the policemen working at the scene indicate that the 18-year-old Ford driver from the Bytów poviat probably did not notice during the overtaking that he was already being overtaken by another vehicle and turned right sharply. Then he lost control of the car and ran into a tree” – we read in the announcement of the County Police Headquarters in Lębork.

A 19-year-old passenger died on the spot as a result of the accident. He was a player of the MMA club from Bytów.

“The tragic news hit our club today. A player of our club … our friend and many of us friend Kuba left our ranks at the age of 19. Take care, warrior. See you on the other side. [*]”- Fight Club MMA FURIA Bytów & PAPAJ Gym informed.

The second passenger in a serious condition was transported to the hospital. The driver and the third passenger were not seriously injured.

As the KPP in Lębork informed, the 18-year-old Ford driver was not under the influence of alcohol, and blood was taken from him for the presence of intoxicants. Investigators found that the driver had passed his driving test just a few days earlier and “has not yet acquired a driving license”.

Read also: He was in a coma for 39 years. Jean-Pierre Adams is dead
Read also: 29-year-old goalkeeper is dead. He left two daughters

Pan Jieshir falls to the Taliban and breaks into the governor’s office. The picture is exposed | Ten points are different 20210906-TVBS NEWS