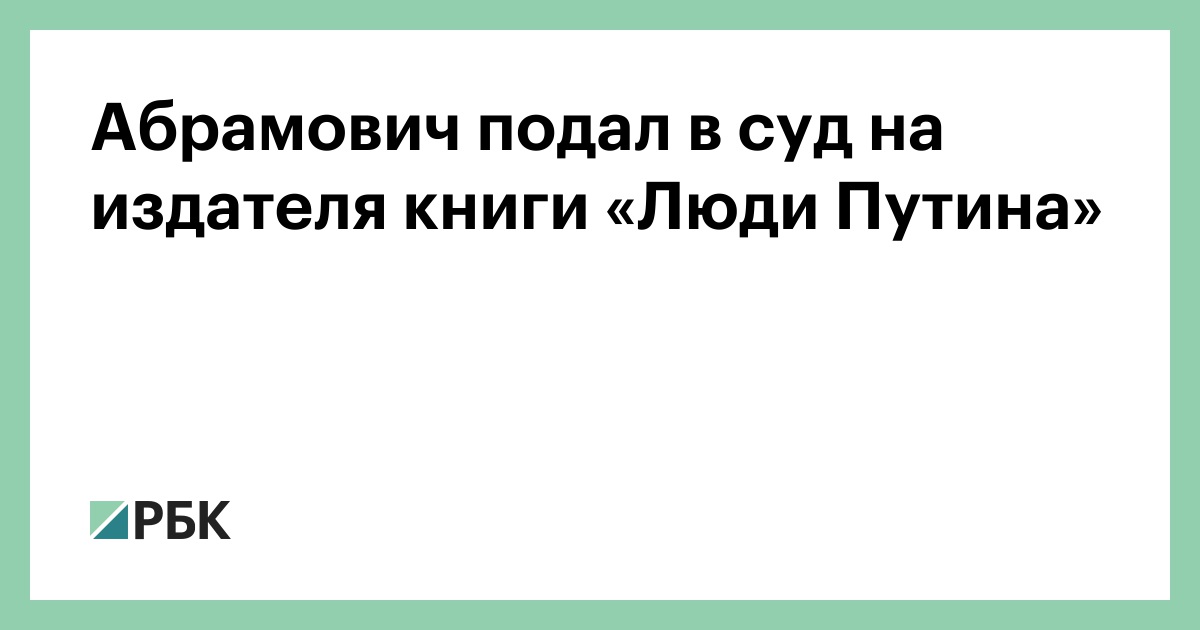 Russian billionaire and Chelsea football club owner Roman Abramovich is suing HarperCollins, one of the largest publishing companies in the world, FT reports. It was she who published the book “Putin’s People”, in which Abramovich was mentioned.

Harbottle & Lewis LLP, a law firm that represents the entrepreneur, said the trial is linked to a number of false and defamatory statements made against Abramovich in the book “Putin’s People”.

“The book falsely claims that our client acted in a corrupt manner and falsely claims our client’s purchase of Chelsea Football Club and its activities. Such allegations are absolutely unacceptable and unfounded, ”notes Abramovich’s defense.

The billionaire pfzdbk himself that this book was published in the UK. It, he said, contains false statements and defamation against him, including the purchase of Chelsea and the activities of the football club. “I have never sought publicity and I have always refused to comment on any issue, including any false or misleading statements about me or Chelsea Football Club. However, it became clear that the false accusations in this book have a detrimental effect not only on my personal reputation, but also on the activities of Chelsea FC, – the press service of the London team quotes Abramovich.

The businessman admitted that his goal was to avoid litigation. His team of lawyers, Abramovich noted, worked with publishers to try to find a peaceful solution by providing them with detailed information regarding various false claims about him in the book, including repeating claims that had already been found to be false in the High Court of England in previous trials. …

Preparing for the Olympics, but 22 – year – old athlete ‘s life was interrupted by lightning Sports

WhatsApp: How to convert voice messages to text?