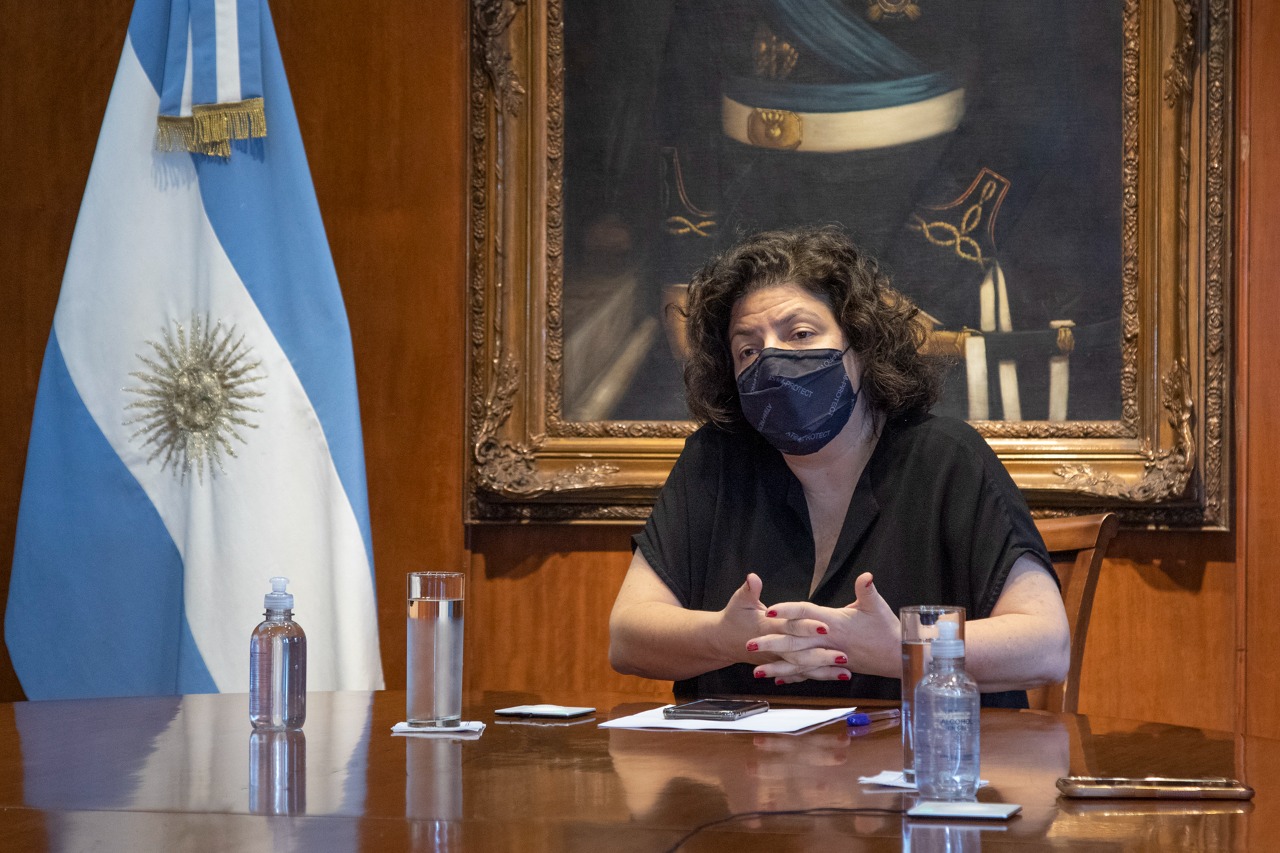 The Minister of Health of the Nation, Carla Vizzotti, participated today in a meeting with authorities from the National Institute of Human Viral Diseases (INEVH) “Dr. Julio Maiztegui ”of ANLIS Malbrán in order to value the restart of the production of the vaccine against Argentine Hemorrhagic Fever (FHA) that had been discontinued in 2018, after the lack of financing of the institution, and the recent approval by part of the ANMAT of the first batch of the vaccine, with a total of 7771 vials, equivalent to 77,710 doses.

During the meeting, the minister highlighted “the synergy that was generated between each of the actors, the public production, the ANLIS Malbrán institute, the support and trust generated by the accompaniment of the ANMAT, and the accompaniment of the Ministry of Health to that today, after years of divestment, we can once again have the vaccine ready to distribute and to continue responding to the control of hemorrhagic fever in Argentina ”.

For his part, the director of the National Administration of Laboratories and Health Institutes (ANLIS) “Dr. Carlos Malbrán ”, Pascual Fidelio, indicated that“ after a lot of work and an enormous effort by the workers of the Maiztegui institute, the vaccine is being produced again. It was something fundamental not to discontinue production and the support of the national government and the investment destined to carry out the remodeling of the production plant made it possible ”.

Meanwhile, the director of INEVH, María de los Ángeles Conti, highlighted that “the institute once again provides answers to public health with an orphan vaccine, for a disease that claimed so many lives, as the only place of world production present on our calendar vaccination ”.

Argentine Hemorrhagic Fever is a serious viral disease that is transmitted through a wild rodent and mainly affects the provinces of Buenos Aires, Santa Fe, Córdoba and La Pampa.

INVEH forms the ANLIS, dependent on the Ministry of Health of the Nation and is the only producer of the vaccine against FHA, Candid # 1, which in October 2018 was discontinued.

With the aim of restarting its production, the national government promoted a plan to reactivate the production plant with an estimated investment of 47,575,000 pesos in equipment and services to remodel the facilities.

Also, in 2021 the sum of 75,718,250 pesos was assigned to INEVH for the purchase of specific equipment: purified water production system -pharmaceutical quality-, thermal validator and stoves for the production of vaccines; in addition to laboratory equipment, furniture and maintenance.

FHA is a serious viral disease, which can be up to 30 percent fatal. Being transmitted by a wild rodent, it is a non-eradicable zoonotic disease, whose critical zone is included between the provinces of Buenos Aires, Santa Fe, Córdoba and La Pampa.

The only treatment for FHA that managed to lower the lethality from 30 to 1 percent is convalescent plasma, but the number of donors has decreased over the years, and the context of the COVID-19 pandemic made the task even more difficult, Therefore, the search and maintenance of contacts is imperative.

The most effective prevention measure is the Argentine Hemorrhagic Fever vaccine produced by the INEVH. Although there are diseases with characteristics similar to this one in the region, no other country has developed vaccines to combat them, so it is a unique production in the world.

Construction of a dam on the border with Belarus. The Sejm decided

Ostapenko loses to Azarenkai after a bright start in the Indian Wells semi-final – Tennis – Sportacentrs.com