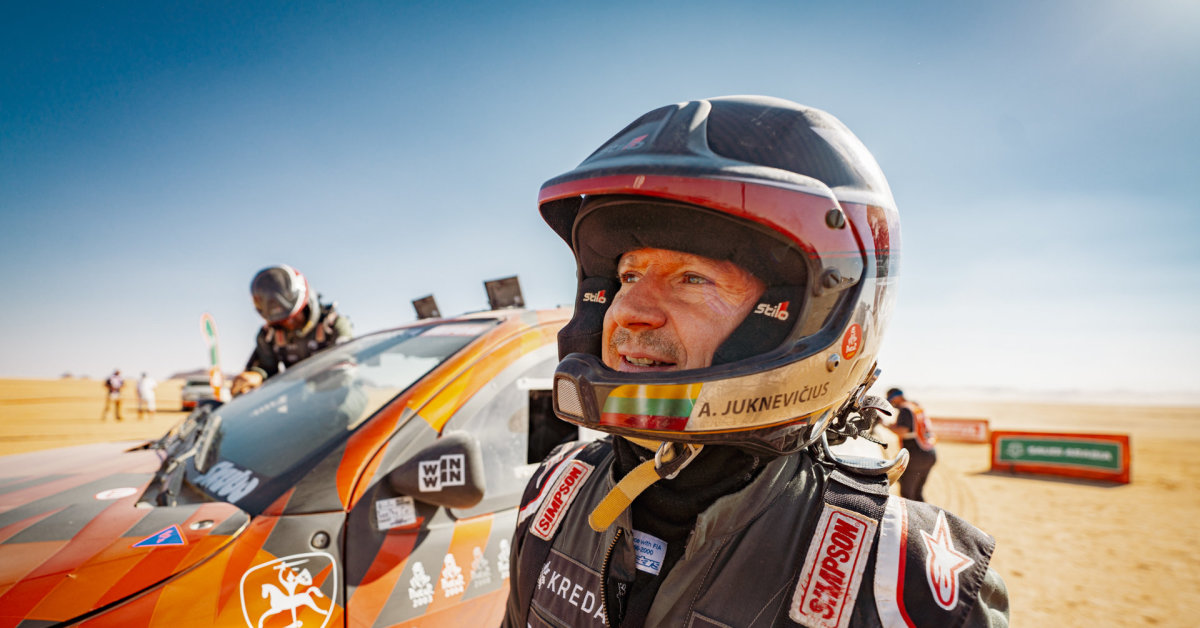 However, with the advent of the superior T.1 + class and the Audi hybrid buggies (the T.1 E class that caused this revolution), new equipment is impossible and not worth buying in Dakar.

READ ALSO: Audi’s arrival in Dakar destroys Lithuanians’ hopes: hundreds of thousands of euros will have to be spent.

Renting a MINI buggy (like, say, a Polish Jakub Przygonski) is insanely expensive. So Antanas will start in Dakar with “Lape” – an old car.

And after the new co-pilot Antanas portugalis no need to search. Antanas Juknevičius chose a Latvian with experience in Dakar, advised by the Latvian rally master Janis Vorobjov from Latvia, as well as a former Dakar racer (who raced in an Oscar) and currently working for the Kamaz team Mario Saukanio. This is Didzis Zarinis.

Motorsport has fascinated me since I was young

Zarinis’ acquaintance with motorsports took place almost four decades ago. In 1985, at the age of fifteen, he took part in an amateur rally with his father. That moment was crucial – D. Zarinis was so fascinated by motorsport that he set himself the goal of participating in car racing. The goal was accomplished with the pile. Zarinis soon competed in the Latvian car championship, made his debut at the International Motor Sports Championship in Russia. – Dakar.

“I participated in Dakar five times: I had to try my hand in both South America and Africa. Every Dakar is an unforgettable adventure of a lifetime, so when I received Antanas’ invitation to join the Kreda team, I agreed without hesitation. This is a great opportunity to return to sports not only for me personally, but also for the whole of Latvia, ”says the new co-pilot of the Kreda team.

A post appeared on social networks, in which D. Zarinis had already addressed the fans of the Dakar Rally. The new navigator did it in Lithuanian and Latvian.

Cab friends have a lot in common

The new co-pilot of the Kreda team, like the pilot, is a multiple participant in the Dakar Rally. He started his career in the toughest marathon race in the world at a similar time as his current friend A. Juknevičius. Both men started as pilots in Dakar, only A. Juknevičius called Dakar punk did it in 2003, and D. Zarinis a year later. Latvis continued his career as a navigator in Dakar in 2005, 2007. and 2009 The most successful was in 2007. Dakar, Africa, took the 26th place in the final standings. 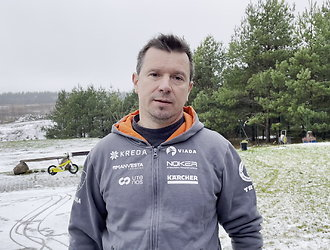 The new friends of the team are connected by another experience in Dakar – they both tried their hand at leading the team. A. Juknevičius led the Kazakh national team Astana motorsports for more than 5 years, and D. Zarinis took the chair of the Riga Team in Dakar in 2006. In addition, both athletes have personal experience not only in Dakar, but also in the Abu Dhabi Desert Challenge and the Silk Road Rally Marathon. In this race, both members of the Kreda team won the TOP-10 places in the absolute standings.

“The most important criterion when choosing a navigator was experience. On his trip to Dakar for the first time, he wanted the co-driver sitting next to him in the car to have many years of experience as well. Didzis is the Latvian navigator who has beaten the Dakar the most and is one of the ones with the most experience in other rally raids. In addition, he overcame several Silk Roads and did so by finishing in a high position. Combining all its strengths and the recommendations it received, the decision was clear – Great is our best choice, ”said A. Juknevičius about the new friend of the Kreda team.

The 2022 Dakar Rally will take place in Saudi Arabia for the third time on January 1-14. The leader of the Kreda team – A. Juknevičius – is the most experienced Lithuanian Dakar racer, preparing for his 13th Dakar. In keeping with the sand dunes and desert, the racer, known as the Dakar Punk, has tripled his best-in-class performance in the Baltics. In 2018, A. Juknevičius was officially recognized as a legend of the Dakar Rally.

Five trucks and an engineer: large EuroMillions pot is drawn in Bruges for once – Het Nieuwsblad