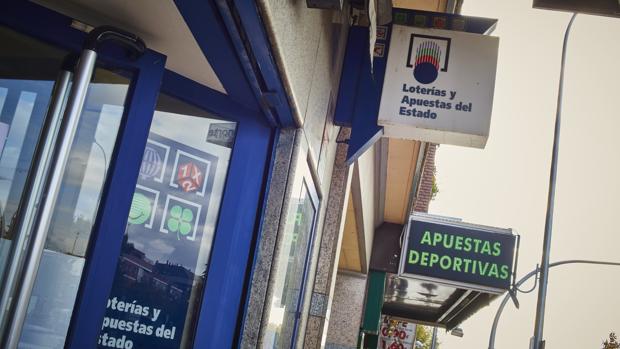 It has gone from being a must on the weekends of many Spaniards to being relegated to the background. La Quiniela, which turned 73 in September, has lost its hegemony and, despite efforts to regain positions, does not trace the game, unable to recover from competitors who stomp: betting houses.

The collection of the mythical game of chance, owned by the Government, has experienced a steady decline in the last decade. If in 2008 it added sales of 557 million euros, ten years later the figure barely exceeds 200 million, which is 64% less, according to data from the Codere Game Yearbook 2018 collected in the Integrated Report of the State Society State Lotteries and Betting (Selae).

Behind this sunset hide multiple causes. One of the factors that has had the greatest impact is the liberalization of the sports betting market in 2010, which opened the doors to the entry of private operators. In fact, in the last ten years, the most pronounced year-on-year decrease is recorded in 2011, when revenues from the pool fell by 22%, to 381 million.

To this reverse is added the tax lien implanted in 2012, which applies a 20% withholding tax for the Treasury if the lucky person receives more than 2,500 euros for their forecasts. Another fact that does not help are the new schedules of LaLiga. The deadline for the user to complete the results ends on Saturday at two noon, so that the meeting on Friday afternoon and Saturday morning is excluded, thus reducing the attractiveness of the Quiniela, which includes more clashes of Second division.

The changes in the tastes of the users have dealt the definitive blow to the classic game of «1-x-2», which has failed to adapt to the new times. The spectrum of options is widened and the trend towards real-time online betting expands.

«La Quiniela requires validation in the office and has a capacity of choice limited to the final result. Online betting allows more modalities, being more immediate and without the need for physical displacement, ”explains Carlos Fernández, professor of Sociology at the Autonomous University of Madrid, who says that this phenomenon is“ the finding of an economy and society where the Internet is, increasingly, the center of everything ».

Users have responded to the call of the bookmakers, which in Madrid have multiplied 125% since 2014

In his opinion, it is something that will intensify over time, as it happens with other processes that we carry out digitally such as purchases or negotiations with the Public Administration. "It tells us about a more technological society, but also more individualized: in the pool there is a lot of social play, because it is done with friends and demands to go out to validate the coupon, something that will be lost in part," concludes Fernández .

Mariano Chóliz, professor of psychology at the University of Valencia and director of the Research Unit «Game and technological addictions», warns that the danger of online gaming is evident from the risk of falling into gambling.

«We have studied thousands of cases of people with problems of addiction to the game and we have only found one whose most problematic game, responsible for their addiction, would have been the Quinielas. In the case of online gaming there have been hundreds, ”he says, and puts the focus on a segment of the population. «Online betting is the most frequent game between young people and teenagers. The problem is that it is also for minors, ”says Chóliz.

While the Quiniela loses its bellows, the online gaming market, regulated in our country since June 2012, lives its glorious era, with gambling as the main source of income.

This was the pool in September 1968
–
ABC
Boom of bets
The GGR – total amount of the amounts dedicated to the participation in the game, deducted the bonuses and the prizes satisfied by the operator to the participants – was in 2018 of 699 million, 205% more than in 2013, with bets on the head, since they represent 52.2% of turnover (365.1 million euros).

Even so, the president of the Spanish Association of Digital Game (Jdigital), Mikel López de Torre, remembers that we are very far from the countries of our environment, which have been regulated in years close to Spain. «In Italy we talk about 1,400 million GGR and in France about 1,200. If we look at really mature markets like the United Kingdom, the figure amounts to 6,400 million annual turnover ».

In terms of quantities played, the sector moved in our country 17,349 million euros during 2018, 30.5% more than the previous year, according to the latest annual report of the state online gaming market, made by the Directorate General for the Regulation of Game. Of that amount, the majority corresponds to bets; specifically, 6,963 million, 246% more than in 2013.

«Sports betting is the market that, at the online level, is more developed because there is a lot of sports culture in general. At the billing level, football represents about half of the sports bet and is closely followed by tennis and basketball, ”says López de Torre. . (tagsToTranslate) pool (t) houses (t) bets

How the chef Alison Roman came to be a famous food writer.