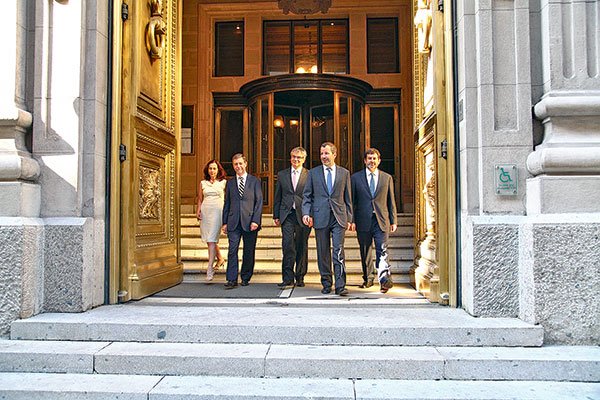 Before raising the MPR, the entity considered four options. The decision was preceded by inflation above expectations in September and the financial effects of a potential fourth retirement of the AFPs.

With all the directors agreeing on the need to issue a signal to the market that the governing interest rate will settle sooner rather than later at its neutral level of 3.5%, the historic increase of 125 basis points occurred in October, which left it at 2.75%.

This decision, as revealed in the minutes of the respective Monetary Policy Meeting (RPM), responded to the evolution and risks of the economic context, which included greater pressure on inflation in the middle of the month due to the depreciation of the peso caused by the discussion of a fourth withdrawal of funds from the AFPs and a greater transfer of costs caused by the interruption of logistics chains.

Thus, the president of the entity, Mario Marcel, the vice president Joaquín Vial together with the directors Pablo García Silva, Alberto Naudon and Rosanna Costa considered that the agreed increase was the “best option”, in such a way as to locate it “around the neutral at the next meeting, which is scheduled for December.

In this way, the council left space so that in the Monetary Policy Report (IPoM) next month the steps for the future could be calibrated.

The foregoing, with the understanding that the revised perspectives for activity and inflation in 2022 and 2023 will be taken into account.

In this context, within the Central Bank four growth scenarios were considered: 75 basis points (bp), 100 bp, 125 bp and inclusive and 150 points.

The first was rejected, because it was understood that it would go against the grain of what was sought in terms of warning the market that the governing interest will be at 3.5% before the middle of the first semester.

Regarding the option of 150 basis points, which emerged “as a good alternative if what was wanted was to strongly surprise the market and try to affect inflation expectations”, it was rejected because it could cause a “greater tightening of local financial conditions. “, without having projections to support it, or it could have been associated as a response to inflationary surprises that were not related to its underlying trajectory.

Thus, finally those 125 bp that were announced two weeks ago were, in the opinion of the economists who direct the country’s monetary policy, the perfect combination to surprise market agents by sending the message that it is necessary to advance the trajectory of the rate rector.

After reaching its neutral level at the end of the year, Banco Santander’s analysis considered that the next movements in the rate will depend to a large extent on a new withdrawal of pension funds and on the signals regarding the fiscal policy that it will carry out. the next government.

If the withdrawal does not prosper and there are clear signs that public spending will adhere to what is contemplated in the Budget, they estimated that the Central will have space to mitigate future increases in the MPR.

In any case, the market assumes that 2022 will be a year with a MPR above neutral.

Millions for victims of attack in African-American church