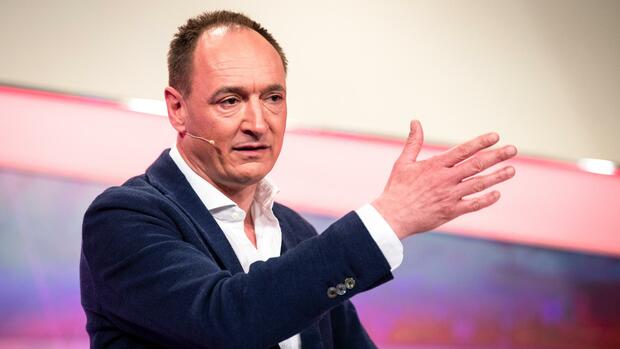 Munich Pro Sieben Sat 1 has always been good for a surprise: in the program, but above all on the executive floor. So also this Thursday evening. The TV group announced that the CEO Max Conze was leaving the group listed in the MDax with immediate effect. Existing CFO Rainer Beaujean will be the new spokesman for the board.

There has been speculation in the media industry for a long time about Conze’s departure. But the time of his recall in the middle of the biggest economic crisis of the past decades is surprising.

It was only on Monday evening that the company announced a new business distribution plan for the board. Conze, 50, should have assumed additional responsibilities from Conrad Albert, his previous deputy. The manager had fallen out with Conze and will soon leave.

The change of personnel is also accompanied by a realignment. Under Beaujean, the company should concentrate more on its core business, entertainment. The group includes the channels Pro Sieben, Sat 1 and Kabel 1 as well as the streaming platform Joyn. The NuCom e-commerce division remains an important pillar of the group, the statement says. However, the portfolio companies should “be sold in due course”.

NuCom includes, for example, the comparison portal Verivox, the perfume shop Flaconi and Jochen Schweizer, a provider of adventure vouchers. Just a few weeks ago, Conze announced a purchase of several hundred million euros from NuCom in the United States. This is intended to strengthen parship, the group’s own dating agency.

Many executives get scared

Conze did not start until spring 2018. However, he quickly came under criticism because in a very short time he practically scared away the entire management team – except for his Vice Conrad Albert. In the end, he couldn’t stand it anymore under Conze. The current situation makes it difficult to do his job, Albert recently criticized in an interview.

Before that, even executives that Conze had brought on board had already said goodbye. Above all, Michaela Tod, the co-boss of the TV division, a former companion at the vacuum cleaner manufacturer Dyson.

Conze has never won the trust of investors anyway. Even before the corona crisis, the company had lost around two thirds of its value on the stock exchange during its tenure. In view of the turbulence, Supervisory Board chief Werner Brandt had been under fire for months. Now he pulled the ripcord on Thursday.

He had hired Conze himself two years ago after already cutting a bad figure with his predecessor Thomas Ebeling. According to many industry observers, he allowed this to be granted far too long. Ebeling didn’t have to leave until he disparaged viewers at an analyst conference.

With Rainer Beaujean, he has now selected a qualified candidate, Brandt emphasized: “His 20 years of board experience will be of great benefit to the company during this critical time.” The 51-year-old was previously the head of the packaging manufacturer Gerresheimer and came to Pro Sieben Sat 1 last year. He gained media experience as head of T-Online.

Two other top managers are moving up to the board at the same time: The previous co-head of the television division, Wolfgang Link, is to lead the core business of entertainment. The 52-year-old experienced TV maker joined the group eleven years ago. The previous head of HR Christine Scheffler, 51, remains responsible, but now on the board. She came to the headquarters in Unterföhring last year.

“Under the leadership of the new board team, we will now concentrate more on our core entertainment segment and on sustainably profitable business,” said Beaujean on Thursday evening. Because Conze had recently presented rather weak numbers. In particular, the traditional business with TV advertising has shrunk. The revenue of the Group’s television division declined by four percent last year. It is by far the largest division that also makes the largest contribution to profits.

The areas of commerce and production grew strongly in 2019. All in all, the company only achieved sales of around 4.1 billion euros. This corresponds to an increase of three percent – slightly less than the five percent growth that Conze had promised in autumn.

However, Beaujean has to come to terms with new, self-confident major shareholders. Metro investors led by the Czech billionaire Daniel Kretinsky recently took advantage of the price drop and increased their stake in the television company. Czech Media Invest, which is backed by Kretinsky Patrik Tkac and the Slovak Roman Korbacka, now hold a good ten percent. They had only got in in autumn.

The second major shareholder is the Italian Berlusconi holding Media set. It wants to forge a European TV alliance with the participation of Pro Sieben Sat 1 and holds almost a fifth of the shares. Conze has always rejected these plans.

Immediately before the change of bosses, the analysts had little hope for Pro Sieben Sat 1. The Swiss bank only halved on Thursday UBS their target price is EUR 5.30. The experts justified this with the figures for 2019, the outlook for 2020 and the Corona crisis. Shortly before, Berenberg had drastically lowered the target price from 24 to ten euros. On Thursday, the papers were quoted at around 6.80 euros. It is the lowest level in ten years.