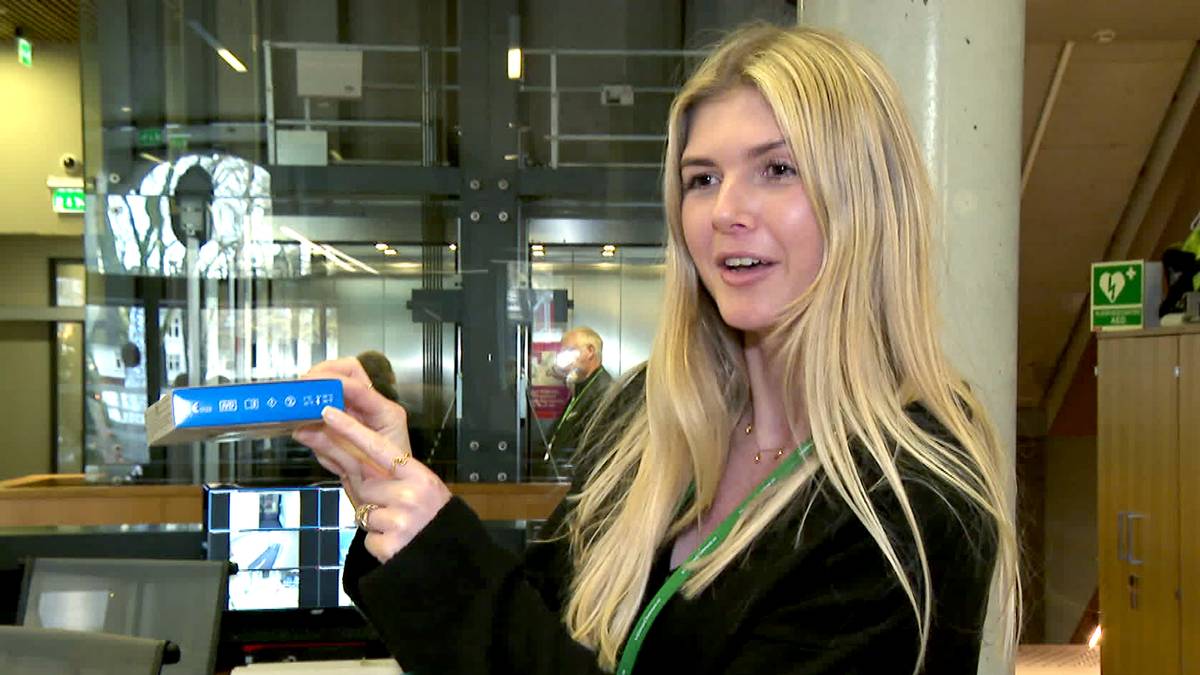 This article is over a month old and may contain outdated advice from the authorities regarding coronary heart disease.

Stay up to date in NRK’s ​​overview, or through FHI’s website.

Freezing temperatures in the south have created new challenges for people who go out and get corona tests for home use.

Because not everyone has realized that such tests can not withstand too low a temperature.

– It was new to me, says Bente Bredal after picking up self-tests at the reception at Kristiansand municipality.

The sudden minus degrees was the reason why the municipality this week went out with information to the inhabitants that self-tests can not withstand freezing temperatures.

– If the liquid freezes and crystallizes, no manufacturer dares to guarantee that the tests work when they are thawed, he says.

Not below two degrees

Case officer in Kristiansand municipality Sandra Malm, shows the package the self-tests are in.

– It says that the tests can not withstand temperatures below two degrees, she says.

Malm says that they have now put up posters to inform the inhabitants about this.

Pharmacist at Apotek 1 Maren Hoff, informs that the tests they sell also do not withstand temperatures below two degrees.

– If they are exposed to minus degrees over time, it could affect the test result.

She is unsure if most people are aware of this, and therefore asks everyone who buys tests to read the package leaflet carefully.

Those who will pick up self-tests at the reception of Kristiansand municipality are now asked to bring something that protects against the cold.

– If you pick up tests when it is bitterly cold outside, it is a good idea to pack them until you get indoors, says municipal chief physician Vik.

Bente Bredal happened to have a wool jacket in her purse, which she could pack the test into.

But the new information she has received has set her mind in motion.

– I’m a little unsure if the test will work when I get home, but it’s not so cold outside now, she says.