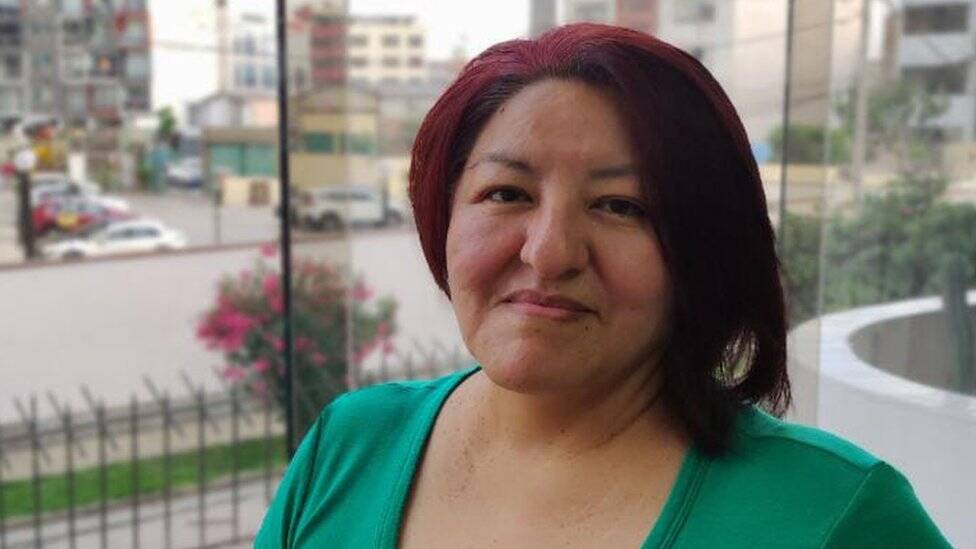 But after spending 18 days hospitalized with her family for covid-19 in Lima, Peru, she radically changed her way of thinking.

Connected to oxygen in a care center, this 49-year-old woman felt that her life was reaching a point of no return.

As the hospitals were collapsed, Indira was hospitalized in a place enabled to attend patients in the midst of the emergency. Until there he arrived with his 72-year-old mother, a sister, his brother-in-law and his nephew. All infected with the virus.

She never believed in conspiracy theories like those that point out that vaccines they are a plot to exterminate humanity, or that they are made with inhuman procedures in which fetuses are used, or that when you get vaccinated they implant a chip in your arm to spy on you.

Rather, he was afraid of the potential side effects of vaccination. And her deep conviction in natural healing methods led her to believe that it was not necessary to be vaccinated.

This is his testimony told in the first person.

I am an alternative therapist. When I started studying I learned the Japanese technique of reiki and now I am working with biomagnetism, which is a therapy with magnets.

In my circle we are interested in everything that is natural, everything that has to do with a holistic view of human beings. Because I like to learn, I have read many books about vaccines and the negative effects they have on health.

But I was never one of those dedicated to demonizing them, taking things to an extreme. On social networks like Facebook or WhatsApp groups, I have seen many messages and videos of people going to extremes and talking about the use of fetuses in vaccines, that they want to dominate us and turn us into zombies, or that theory of that when you get vaccinated they put a chip in your arm.

There are also other people in the networks who realize that science and nature complement each other so that human beings have a healthy and balanced life.

I was anti-vaccine because I knew of cases of people who, before covid arrived, had been vaccinated against other diseases and had suffered side effects.

I didn’t want to get vaccinated when the H1N1 virus appeared years ago and here in Peru they carried out vaccination campaigns. I thought that since vaccines have heavy metals, they could cause a lot of side effects. I think that’s where the fear comes from. Vaccines scared me.

I also think that all the publications that came out on the networks had an influence, each one more fantastic than the other, especially that theory that the pandemic was an invention.

In the beginning, when the covid in China and later in Europe, I thought it was like some sexually transmitted virus.

But when he got here, I started to realize what was going on. I was very careful with the disinfection and all the care that you have to take to avoid getting infected and not infecting other people.

I did everything possible to avoid contagion, I have even been exaggerating with the issue of care and following the protocols, but in the end I caught it at home, with my family. It was July of last year.

When we tested positive, we called line 107 that we have here in Peru for those who have covid. They put us all in the Pan American Village, some apartments that they built for the athletes who came to the Olympics (2019 Pan American Games).

With the pandemic, that village became like a hospital for people with covid. Because the hospitals were collapsed, they opened other places for the sick. The Villa Panamericana was a well-equipped place and the doctors treated us very well.

The problem is that when they admitted me, on the third day I started with a high fever and my pressure rose. He didn’t eat, he couldn’t eat. A doctor told me that if I wanted to live, I had to eat.

Since I was getting worse, on the sixth day they had to take me down to a place like a hangar where they had the patients hooked up to oxygen. That was when they brought a balloon and put me on oxygen.

As time went by, my oxygen was increased because I did not improve, until the doctor told me that I had to spend 17 hours face down.

I, the truth, is that I am chubby. So for me, being upside down was an ordeal. Everything got complicated at that moment.

My whole life flashed through my mind, from childhood to that moment. It said… “My God, give me another chance.”

My mom, on the other hand, was vaccinated with both doses. My sisters took her to get vaccinated and I think my mom was saved by the vaccine. It is that if not, my mother would not have passed the covid and he wouldn’t be here with us.

With that experience I realized what was happening and I understood that there are things that science knows why it does them. I was anti-vaccine and now I regret it. Covid almost took my life, but I was never like those extreme anti-vaccine people. I’ve never been a fanatic who believes everything she’s told.

When I returned home I was convinced to get vaccinated. I waited the three months you have to wait and I did it. And now I’m waiting for the time for the booster shot. Here in Peru we are already with the third dose.

Over time, I think God has given me the reason that it was good that I changed my mind, because three months ago my uncle Félix died of covid and he never wanted to get vaccinated.

I also ask them if they love their family, their children. I tell them that if they don’t want to get vaccinated for themselves, do it for their loved ones.

Now you can receive notifications from BBC World. Download the new version of our app and activate it so you don’t miss out on our best content.

A young Moroccan without hands or two men becomes a football coach!