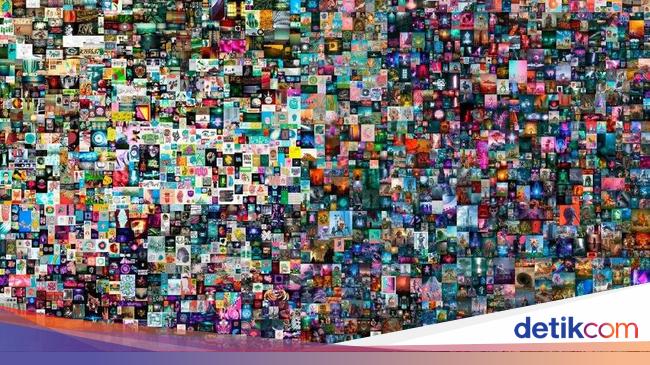 The phenomenon of Non-Fungible Tokens or NFTs has mushroomed in Indonesia since the last few months. Not only is NFT Ghozali Everyday becoming rare, but one by one other works of art have been raised.

The NFT Exchange through the Open Sea platform in cyberspace has contributed to enlivening the country’s NFT. Even a street painter from Bandung can sell his paintings up to 8 times.

This was revealed by the Governor of West Java, Ridwan Kamil, on his personal Instagram page.

“Alhamdulillah, we succeeded in experimenting, selling the paintings of this street painter in Braga Bandung, which usually costs 500 thousand rupiahs, soaring 8 times to 4.2 million rupiahs or 0.09 ETH on the NFT exchange through the @opensea platform,” wrote Ridwan Kamil, as seen by detikcom. .

The NFT platform was specially opened by the Provincial Government (Pemprov) of West Java starting in early 2022. That is me, specifically in digital platforms to help sell the works of West Java creative economy actors so that their economic value is doubled.

“A new world, a new way for the welfare of the Indonesian people. Let’s move and adapt,” said Ridwan Kamil.

If you look at the @opensea Instagram page, around 500 artworks have been posted. There are works of abstract painting, oil paint, to the surreal style for sale.

One of the NFTs that is currently viral is Ghozali Everyday, which was created by a young man named Sultan Gustaf Al Ghozali. He has taken selfies every day since graduating from SMK 5 Semarang in 2017 until last year.

He intended to make a timelapse of his transformation, so he took a photo with the same flat face.

“Originally, I took photos every day to make a timelapse animation five years later to become a video, I see,” said Ghozali.

He started studying NFT and studied it at the end of December 2021 then started uploading photos of himself just for fun. But unexpectedly it was in demand and he became an impromptu millionaire.