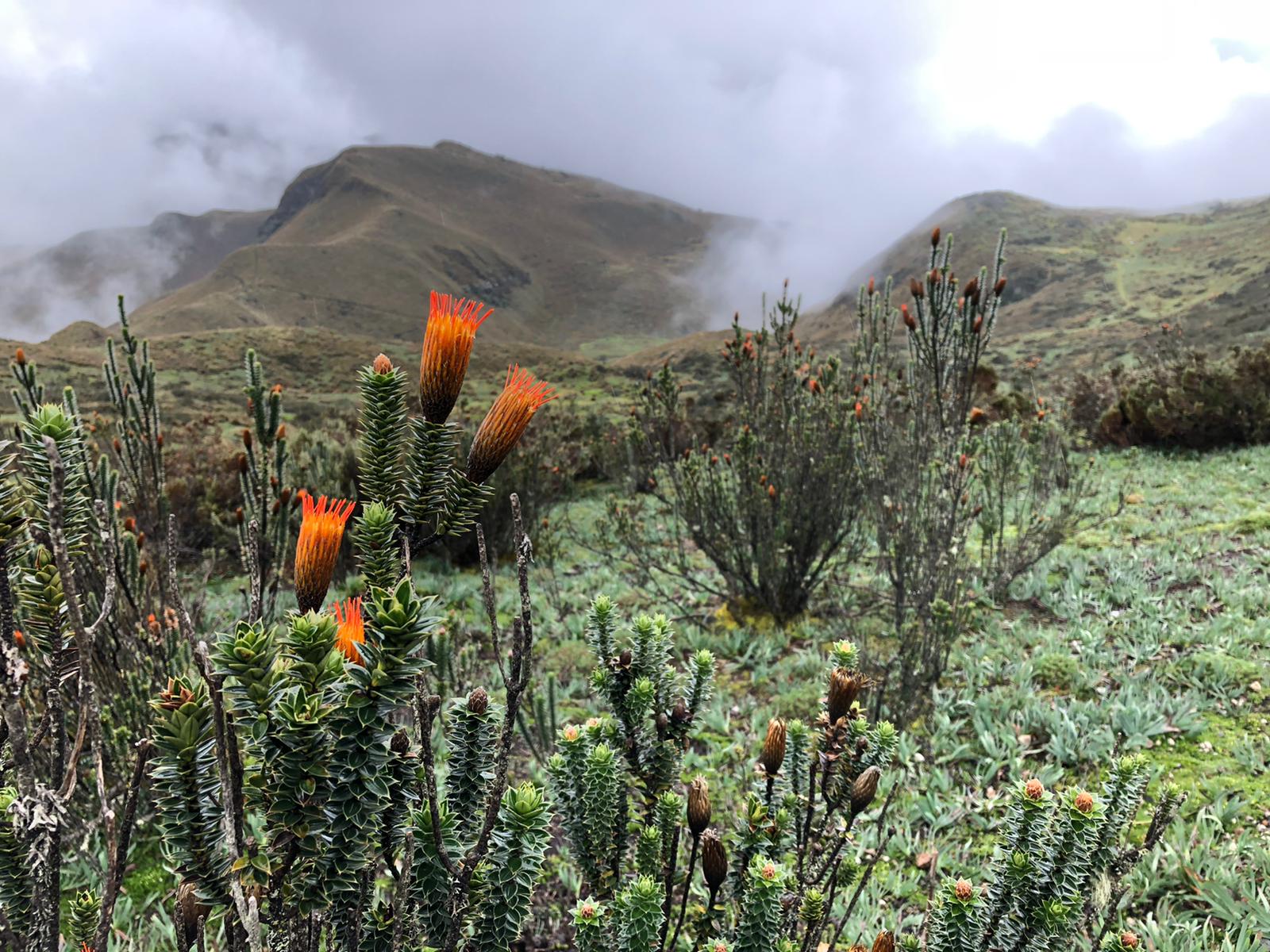 17 days – 6 scientists – together 1 project: To investigate the impact of humans on the environment, from the perspective of different disciplines. From biology and chemistry to computer science and climate science to medicine and musicology, we want to look for the sometimes disturbing traces of civilization in nature. Human beings are intervening in the earth system like never before – they are the determining force in a new geological age, the Anthropocene.

We set off on an expedition into this new age. Our trip takes us to Ecuador, the highest mountain in the world, the Chimborazo volcano. It is not as well known as the Himalayan peaks, which are the highest mountains measured at sea level. But the Chimborazo is the highest elevation of our planet, measured by its distance from the center of the earth. The earth is bulging near the equator, which brings the extra vertical meters. And on the slopes of this mountain, in the footsteps of the great ecologist and explorer Alexander von Humboldt, we will do our own research. 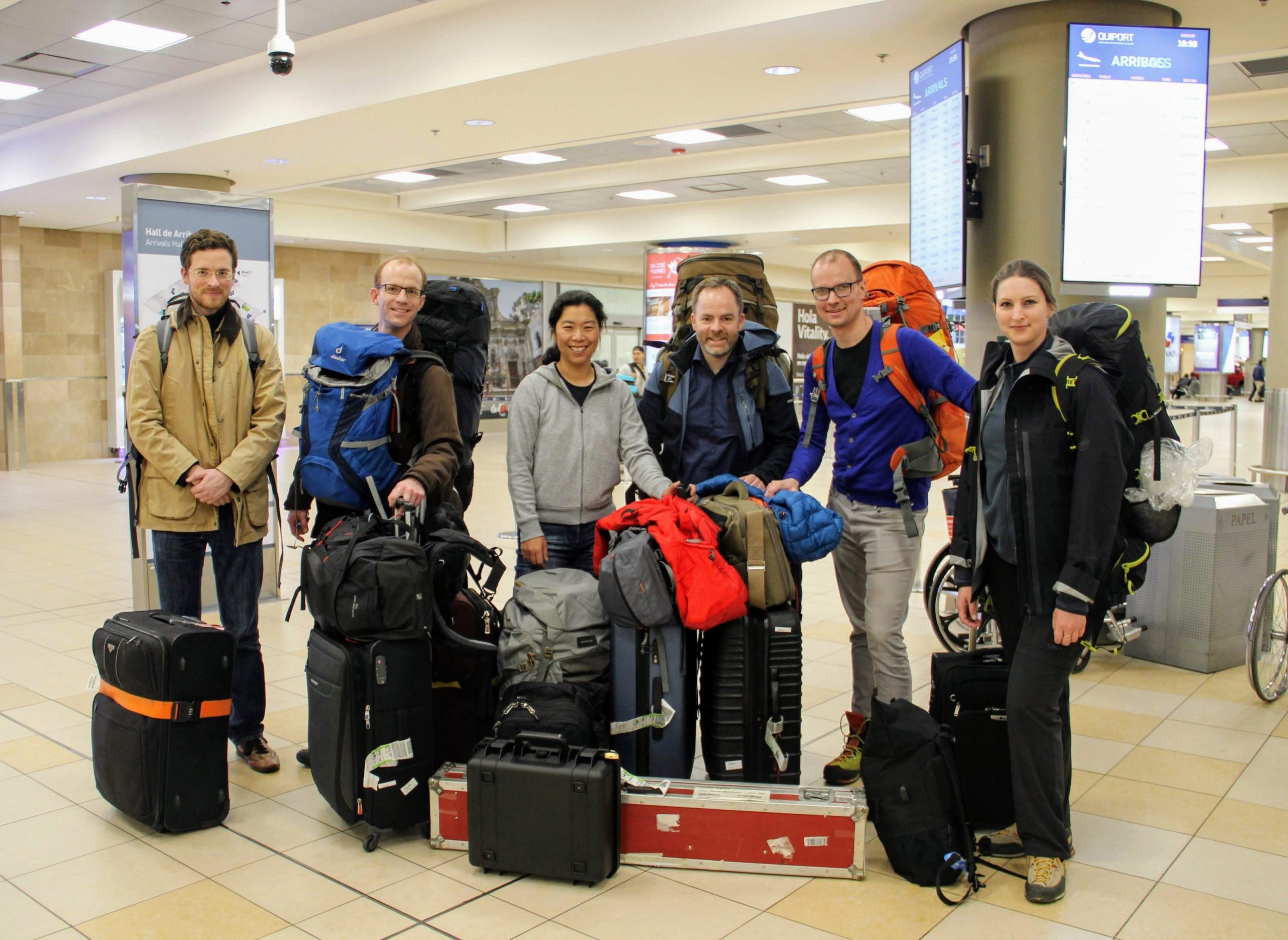 Specifically, we are looking for microplastics on glaciers in the Andes, for example. It could only get there through atmospheric currents. But does the influence of modern society really go as far as this? One thing is certain: Man-made climate change is already leaving its mark in Ecuador. The glaciers here have retreated significantly over the past few decades – two of them may already have completely disappeared in the next five years. We are therefore also interested in the effects this has on local people.

After months of intensive preparation, we are finally getting started. Yesterday we arrived in Quito – the highest capital in the world. This is just one of the many superlatives that await us in the coming weeks. Ecuador is the country with the most volcanoes and the largest biodiversity per area. At the various altitudes, from the tropical rainforest to the snow-capped mountain peaks, we want to capture these in sound and image and make the data freely available.

© EA teamImpressions from the first ascent to Rucu Pichincha: what the Alpine rose is for the European is embodied by the Chuquiragua for the Andean mountaineer.

We are looking forward to the exchange with the local people, interesting conversations with local scientists, among others with researchers and representatives of the Universidad San Francisco de Quito, the Universidad Católica del Ecuador Quito and the Universidad Estatal Amazónica, And on working together in our unusual team. We will report on our research and our experiences on site here in the blog. As regularly as possible, because every now and then our research trip will take us to such remote areas that we will not have internet access.

The possibility for this interdisciplinary project results from the cooperation in the Boys academy, It was founded in 2000 as the world’s first academy specifically for young scientists. Its sponsors are the Berlin-Brandenburg Academy of Sciences and the National Academy of Sciences Leopoldina. It enables pioneering projects across all subject boundaries and also from the artistic field, which are intended to bring science and society into conversation. And always with a radically open view of reality. We want to make a contribution to this. With the Anthropocene Expedition.

More about us and the project on the website of Boys academy.

Departure for the Anthropocene expedition

Six young, knowledge-hungry researchers from Germany climb and research in the footsteps of Humboldt the famous Chimborazo in Ecuador. What they search? For traces in the environment that humans have left on the mountain to this day.

An error has occurred. Please check your entries.

Thank you very much
The contribution was successfully sent.

Inventories are falling, Dow industrialists are down to 403 points