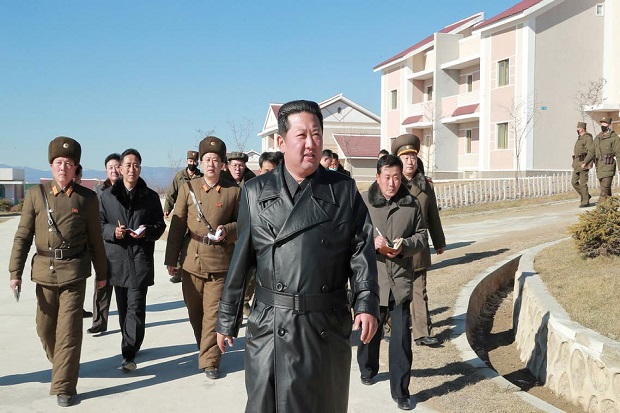 PYONGYANG – Kim Jong-un , leader North Korea (North Korea), visiting a new city under construction near the border with China and a sacred mountain that his family worships. It was his first appearance after more than a month missing from the public.

The visit of the leader of the communist state of Korea was reported by local state media on Tuesday (11/16/2021).

The northern mountain city of Samjiyon is being transformed into a massive economic hub, dubbed a “socialist utopia” by North Korean officials, equipped with new apartments, hotels, ski resorts and commercial, cultural and medical facilities.

The thriving city is near Mount Paektu, a sacred mountain revered by the Kim family. Kim Jong-un is known to have visited the holy mountain many times since 2018.

KCNA reported Kim’s latest visit was designed to inspect the third and final phase of construction, which is due to be completed by the end of this year after delays caused by international sanctions and the coronavirus pandemic.

KCNA did not give a date for Kim’s visit, but it was the first public activity report by the leader in 35 days, since he gave a speech at a defense exhibition, and his longest absence since 2014.

The reclusive disappearance of the young leader from state media has often fueled speculation about his health or whereabouts.
South Korea’s intelligence agency said late last month that he had no health problems.

Mazda makes the leap with the bold new CX-50, the AWD that was missing in the line-up

Coronavirus: Ryszard Terlecki infected. He sat in the Sejm next to the PiS president