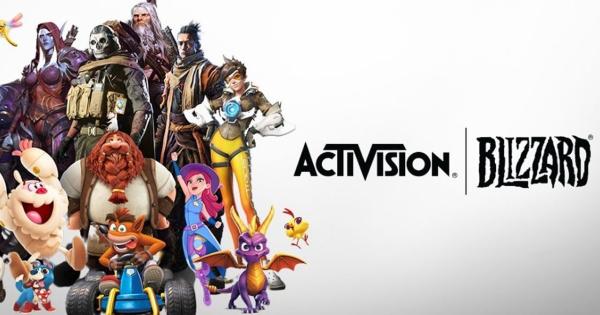 While Activision Blizzard and their team of attorneys are trying to get their way on legal matters, after all that’s what the firm is paid for, there’s no denying that the lawsuit made by the California Department of Housing and Fair Employment (DFEH) and the protest movement of the workers of the video game company is already beginning to bear fruit, although there is still a long way to go.

Over 20 fired at Activision Blizzard over worker allegations

According to a statement published by Frances Townsend, Activision Blizzard’s Executive Vice President of Corporate Affairs, the sanctions, at different levels, are already being applied to workers who have been denounced by their colleagues. According to the information provided by the directive, so far more than 20 workers have been fired and others have been sanctioned for their behavior in the workplace. In this regard, the statement signed by Frances Townsend states the following:

“Ongoing Investigations: Nothing is more important to me, and the entire leadership of Activision Blizzard, than making sure everyone feels safe and equal in this workplace. There is no room for harassment, discrimination or retaliation in this company.

In recent months, we have received an increase in reports through various reporting channels. People are raising concerns, ranging from years to the present. We welcome these reports, and our team has been working to investigate them, using a combination of internal and external resources. Based on the information received in the initial report, different categories are assigned and the most serious reports are prioritized. In connection with multiple resolved reports, more than 20 people have left Activision Blizzard and more than 20 people face other types of disciplinary action.

We continue to investigate any issues or reports raised through the many channels available. But it bears repeating: reports can be submitted anonymously, and there is zero tolerance for retaliation of any kind. “

The protest pays off, but in the legal sphere things could be different

As you know, what led to this scandal was that Activision Blizzard’s work environment was plagued with cases of harassment, abuse, discrimination and violence, some of which were documented in an investigation by the DFEH and others came to light. public by voice or letters of the same workers.

Although this is the battle that is being waged within Activision Blizzard, the controversy does not end as the company has requested that the lawsuit process against it be suspended to address alleged violations of ethics and conflict of interest between lawyers.

Stay informed, in LEVEL UP.

Reasons for Banks Not Passing Loans, Despite Good Track Record