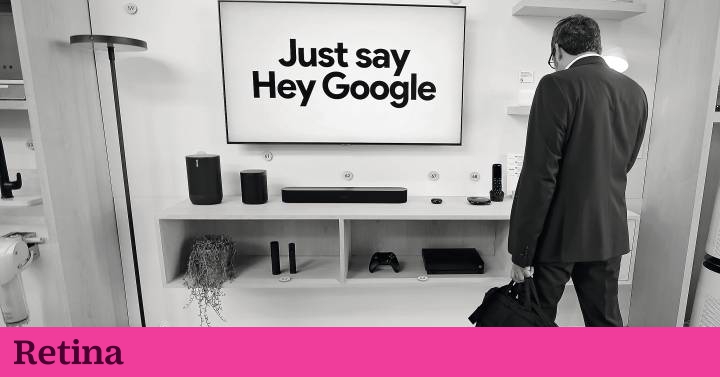 The object varies from one witness to another (it can be a trip or the purchase of a garden table), but the phenomenon is repeated: it is as if the smartphone listen to our conversations and then offer us publicity of those things we say we want. There are those who affirm, going further, that they even offer articles about which he has not even spoken: he has only imagined them. Espionage, say others, transcends what we write or say, and reaches our most intimate thoughts. Be careful what you think.

Do they really spy on us?

It is still difficult, for us to know, to read other people’s thoughts, but it is possible to know a lot about us through our interactions on the internet, our emails, our likes, of our searches. So much so that sometimes it may seem that they read our thoughts with hidden telepathic techniques. Companies, in fact, help themselves with the information that we leave as bread crumbs through sophisticated big data techniques to offer personalized advertising, which some users see as an advance (why see ads that do not interest us? ) and others as a true nightmare Orwellian.

But what about the lively conversations? Can you hear us? Digital espionage is not a trivial issue. How can they not spy on us, in fact, if they even hacked the smartphone of Jeff Bezos, founder of Amazon and the richest man in the world? As the United Nations published in a report, the American tycoon received a message with a video in mp4 format. Shortly after opening it, his iPhone X began to emit data at unusual rates. The hackers had sneaked into the intimacies of the technological population using malicious software and could access their files and applications.

Companies are helped by the information that we leave as bread crumbs through sophisticated big data techniques to offer us personalized advertising,

Regarding the supposed ears of our simple mortal mobiles, and without the intervention of hackers: technically, listening to us is possible. Phones have microphones that applications can use, while speech recognition techniques based on artificial intelligence are increasingly powerful. “This discipline has hit a very important qualitative leap in the last decade thanks to the models of deep learning and the massive amount of data available to train the machines, ”explains Carlos D. Martínez, a researcher at the Polytechnic University of Valencia (UPV) specialized in the subject. The machines can distinguish our words and even give them an answer, as any user familiar with messaging applications (WhatsApp), word processors with dictation options or assistants such as Siri, Alexa or Google Assistant knows.

In fact, some users have the fly behind the ear because these applications are listening permanently. For example, the Google assistant is put on guard when you hear the formula Ok google. It is then and only then, says the company, when it is available to the user. But to listen to the formula on any occasion you have to be active all the time, which has generated suspicion. They were not completely misled: in July of last year we learned that Google heard what their users were talking about, as the company itself acknowledged. 0.2% of the conversations were attended by “language experts” with the excuse of improving the operation of the assistant, so that the program can better understand what humans say.

This news raised alarms about the leakage of sensitive data due to the fact that the reviewers, who listen to some 5,000 conversations a week, were not part of the company, but were external workers, even underpaid. Google said the transcripts were not associated with user accounts and did not include background conversations that were not directed at their assistant. However, the Belgian television VRT NWS, which uncovered the scandal, found that of around a thousand voice fragments to which it had access, 153 were not authorized. Apple also apologized that summer for listening through its Siri application. The same happened with Alexa, from Amazon.

Other ways to spy

In addition to these explicit listening, there are also examples in the Gray zone. This is the case of the LaLiga Professional Football application, which detected when groups of users met to watch a football match to connect the microphone and check if it was being seen on the television of a bar that did not have the necessary permits. So he could chase the establishment. LaLiga gave explanations, but was sanctioned with 250,000 euros by the Spanish Agency for Data Protection for lack of transparency. And that despite the fact that users had given their permission, perhaps unconsciously, for the application to do such a thing.

Other companies have alternative ways of meddling in our affairs. “It is necessary to be attentive to the permits that we give and the conditions that we accept in the applications, especially if they are unlikely,” says Eduardo Nieva, technical director for Spain and Portugal of the security company Check Point. “For example, if a flashlight app asks us for access to the microphone, geolocation or camera it is to be suspected.” Your suggestion is to uninstall unused applications and review permissions.

There are more sophisticated techniques than mere user deception. “We know that some secret services have ways of spying on specific people, such as senior officials, through their mobile phone,” explains Sergio de los Santos, director of the Innovation and Laboratory area of ​​Eleven Paths, the cybersecurity unit of Telefónica. An example could be the aforementioned case of Jeff Bezos. “For them, operating system vulnerabilities are used, which always exist,” he adds. Some spyware (spyware), such as Pegasus (for iOs), allowed, until discovered, to spy remotely through the program’s gaps. The Israeli company that developed it, NSO Group, declared that it was useful for governments to control “terrorism and crime”, but these are very subjective concepts and this type of technology can easily end up in bad hands.

The user can take certain precautions
To avoid being spied on.

1. Review your applications and check that there is no suspect or unwanted.

2. Check the permits that we give to each of them: access to the camera or microphone, mainly.

3. A way to suspect If someone is spying on it, it is to observe if there is too much battery drain, too much terminal heating or too much data consumption. When several of these symptoms are combined, it can signal espionage.

4. There are programs and applications that presume to be safe: the DuckDuckGo search engine, the Signal messaging application, the Protonmail email, the CryptPad office or the Tor browser are some of those recommended by the Spanish Agency for Data Protection (AEPD).

5. Installing an antivirus It is, of course, totally indispensable.

Is named trojanize to the practice of taking control of a smartphone remotely, so that you can activate the microphone, camera or copy files. No device is 100% safe, and that awakens nightmares of science fiction. To obtain information on the commons of mortals there are other more subtle, more legal and some controversial methods. “We have sold our soul to large companies such as Google, Facebook or Amazon, who know what we are looking for, where we are physically, what we buy, what we see or the keywords of our emails,” explains De los Santos. In addition, our email has already become a way to identify us around the world and to register in different applications, as if it were a kind of digital ID.

What do my data matter?

Who cares about my data? Why do they encourage me so much to protect them? The most banal utility, and even useful, is to know our tastes to offer personalized advertising. But there are also dangers. “As in the case of Cambrigde Analytica, this massive information can be used to influence us politically, in our views and even in the sense of our vote. For example, showing us fake news according to our cognitive biases, ”explains De los Santos. Here the thing gets serious. When someone knows us better than ourselves, he is very capable of manipulating us. “Our data in the hands of a government or a dictatorship can be a very important political weapon,” says Nieva.

With the advent of the internet of things (IoT) the digital threat grows. “Attackers can exploit IoT devices in all the ways in which desktop computers and laptops explode today,” writes cybersecurity guru Bruce Schneier in his recent book Click here to kill them all (Today’s topics). It describes how all the devices around us are becoming a computer: the fridge, the toaster, the air conditioning … “So what we call exhibition area it is getting bigger and bigger and more and more vulnerable, ”explains Víctor Villagra, director of the master’s degree in Cybersecurity at the Polytechnic University of Madrid (UPM). “First they could only attack computers, then cheat people; Now you can access almost any device, ”he says.

In June 2019, the scandal jumped when hackers found a microphone in a low-cost kitchen robot called Monsieur Cuisine Connect that is sold in the Lidl supermarket chain. It was inactive and, according to the manufacturer, had been integrated into the product to activate it in future versions that will allow control through the voice. In spite of everything, it sounds disturbing: this robot has many functions: it bats, cooks, emulsifies, itches, it softens… but it spies? We will always have the doubt.

Nothing works better between Boris Johnson and MI5

Volkmarsen: “The horror has spread on the street”