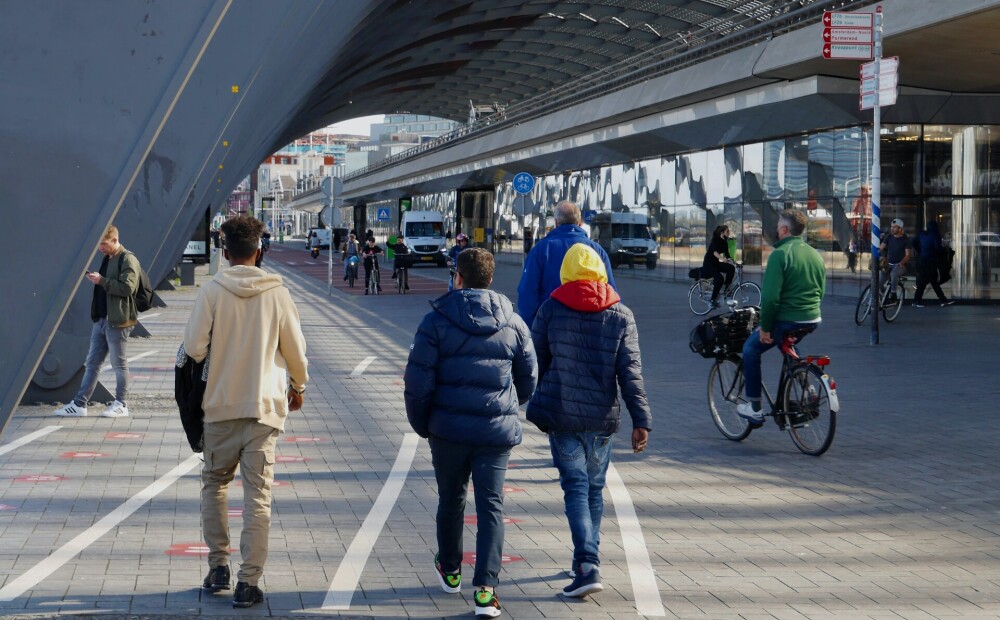 The escape from the quarantine hotel is a man from Spain and a woman from Portugal. The arrest took place on a plane at Schiphol Airport in Amsterdam, shortly before it started flying to Spain.

It has already been reported that 13 people arrived in Amsterdam from South Africa last week with a new variant of the SARS-CoV-2 virus, or omicron. A total of 61 Covid-19 passengers were found on the plane.

According to local media, the couple escaped from the hotel where the South African migrants are staying, but it is not known whether the escapees were among the passengers of the plane.

Concerns about the prevalence of the omicron variety have led to travel restrictions in many countries.

A variant of omicron was identified by scientists in South Africa a few days ago and little is known about it. In particular, it is not clear whether it is more contagious, more likely to cause serious illness or more resistant to current Covid-19 vaccines. Meanwhile, many countries are in a hurry to act.

Where is now and how does the abducted Belarusian opposition journalist Roman Protasevich feel?

“I don’t want to scare, but …” Biologist comments on dangerous Covid-19 mutation and its appearance in Latvia

The lawyer publishes a photo of the colony from Navalny

Tributes rain after the death of Paul Goossens, well-known citizen of Tournai who died this Sunday