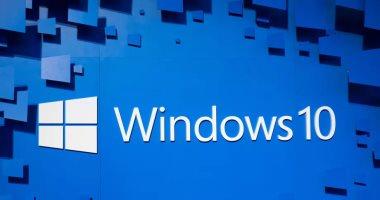 (MENAFN- Youm7) Microsoft said it plans to update Windows 10 annually with any future feature updates, starting today, Microsoft releases the Windows 10 November 2021 update, and the next major update after that will be available later in 2022, and this update rhythm matches the same Windows 11 users, which will also introduce new features on an annual basis.

“We’ll be transitioning to a new Windows 10 release cadence to match the cadence of Windows 11, targeting Annual Feature Update releases, the next Windows 10 feature update scheduled for the second half of 2022,” explains John Cable, head of Windows Service at Microsoft.

Microsoft’s commitment to future Windows 10 feature updates comes after the company was quiet about its plans during the unveiling of Windows 11 earlier this year, however, it remains unclear what Microsoft will offer for Windows 10 in the future.

As for the November 2021 update, it is very simple, as the only feature for users is GPU compute support in Windows Subsystem for Linux (WSL), and Microsoft has already started rolling out the new Microsoft Store for Windows 10 devices earlier this month.

Legal Disclaimer: MENA Financial Services Network provides the information “as is” without any representations or warranties…whether express or implied. This is a disclaimer of our responsibility for the privacy practices or the content of sites attached within our network, including images. and videos. For any inquiries regarding the use and reuse of this source of information please contact the provider of the above article.

he was placed in quarantine