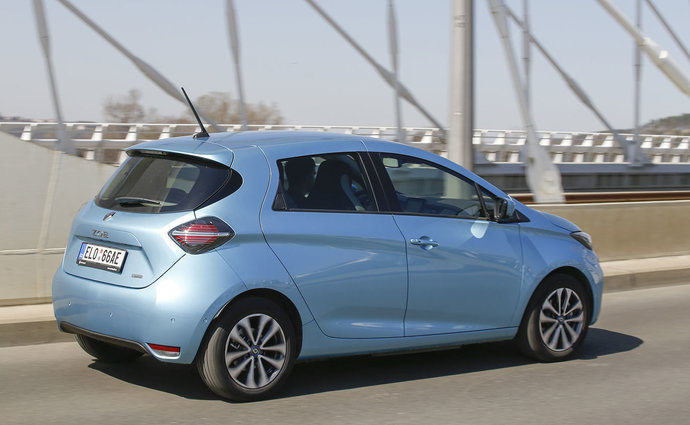 The market share of battery-powered electric cars rose to 9.8 percent in the EU, while the share of plug-in hybrids rose to 9.1 percent.

Almost one in five cars sold in the European Union in the third quarter was an electric car. This is either a battery-powered car or a so-called plug-in hybrid. The share of cars with internal combustion engines continued to decline. This was stated in its report by the European Automobile Manufacturers Association (ACEA). In the Czech Republic, on the other hand, there is more interest in plug-in hybrids.

The market share of electric cars on battery increased to 9.8 percent, while the share of plug-in hybrids rose to 9.1 percent. Together, they have 18.9 percent of the market, and in both cases the year-on-year increase in market share has almost doubled, ACEA said. It represents the largest European manufacturers of cars, commercial vehicles, trucks and buses.

Sales of battery cars increased 56.7 percent to 212,582 vehicles, while plug-in hybrid sales increased 42.6 percent to 197,300 vehicles. It is a slower growth than last year, when sales almost tripled, even though it was from a low base.

In the Czech Republic, sales of battery-powered electric cars increased by 17.8 percent year-on-year to 563 vehicles, while sales of plug-in hybrids increased by 111.6 percent to 910 cars.

In contrast, sales of cars with internal combustion engines continued to decline in EU countries in the third quarter. Sales of petrol vehicles fell by 35 percent year on year to 855,476 vehicles. These cars still have the largest market share, which fell to 39.5 percent in the third quarter of this year. A year ago it was 47.6 percent.

Car manufacturers now have to meet much stricter emission limits than years ago. In addition, car manufacturers and customers can now take advantage of the various incentives that EU governments have come up with to encourage the sale of greener cars. Outside the EU, this is particularly evident in Norway.

In addition, the European Commission (EC) has proposed that cars with internal combustion engines should not be sold in the EU at all after 2035. Brussels is thus working to make the fight against climate change more effective.

Plane drops excrement on man in garden: ‘Everything was covered, even garden umbrellas’ Abroad