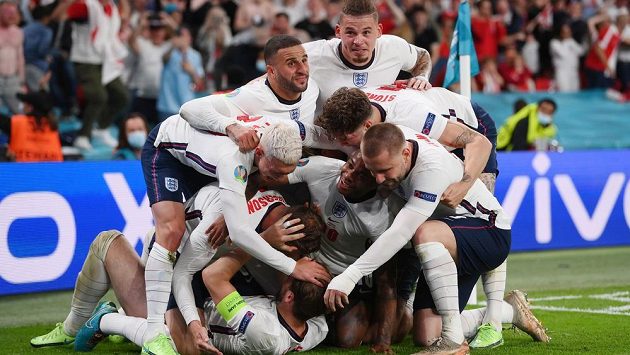 Over 100,000 people signed the petition for the announcement of a national holiday on Monday, July 12, in the event of a victory for English footballers in Sunday’s final of the European Championship today. In that case, it should be discussed by parliament. In the evening, the number of signatures exceeded 200,000, and more quickly increased.

Huge English joy after Harry Kane scored in overtime the winning goal of the EURO semifinals against Denmark. Illustrative photo.

Already after Wednesday’s semifinal victory over Denmark 2: 1 after extra time, former representative Gary Neville called for national celebrations. “We haven’t experienced this. We’ve had so much pain, so much horror and so much disappointment. And now we’re in the finals. The guys have to concentrate for a few more days, but we don’t have to. at the ITV station.

The English are in the finals for the first time since 1966, when they played for the World Cup title and succeeded. Now Gareth Southgate’s charges can add a second gold.

The European final will be whistled by the Dutch Kuipers

Fourth wave has already started through our contacts, delta variant…

Valve has released a set of rules for fair play in CS: GO | CS: GO