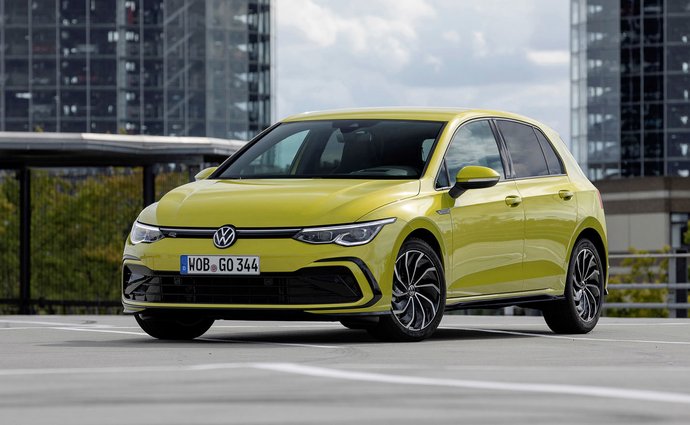 In October, the fact that the VW Group has great difficulties in supplying production components became apparent again. Once the best-selling car in Europe – the VW Golf, it was not even in the top 10 models in October 2021.

Volkswagen Golf has firmly held the position of the best-selling car in Europe for years. However, the current eighth generation is suffering after the start, and in some months it has already lost its number one position. In October 2021, the Golf was not even among the ten best-selling models of the old continent. This follows from the statistics of the analytical company JATO Dynamics.

According to JATO, Peugeot 2008 took the lead in the ranking of the best-selling models in Europe in October 2021, even though its registrations fell by 5.2% year on year. However, other models fell even more, so 18,109 registered pieces of 2008 with an overview were enough for the first place.

The second is followed by the Renault Clio with 14,639 registrations, which was a significant 34% less than a year ago. Dacia Sandero took third place with 14,034 registered pieces (-8.3% year-on-year). The affordable hatchback of the Romanian brand thus once again proves that its new generation has succeeded – this year it regularly occupies the first places in the table of the most popular cars.

Peugeot then has a 208 hatchback in the top five, which finished fourth with 13,978 registrations. Renault also has one more representative in the top 10, the top ten is closed by Captur with 12,099 registered pieces. This is 34% less year-on-year, which is proof that Captur lost significantly to its main rival, Peugeot 2008, in October.

The Fiat pair among the ten best models also deserves a note. The sixth is the 500 model, which was the only one to grow year-on-year, namely by 12%. The seventh is followed by the old Panda, who is already looking for a successor.

Volkswagen, on the other hand, has only one representative in the top ten this time. The ninth finished T-Roc, sometimes called the “Golf SUV”, whose 12,116 registered pieces is 19% less than a year ago.

Volkswagen’s problems with the lack of production components, especially semiconductors, continue. Golf’s out-of-top 10 performance proves once again that its eighth generation came on the market at the wrong time. Last year, its sales were negatively affected by the coronavirus pandemic, and this year there were difficulties with production due to a lack of parts. In October 2021, by the way, Golf fell by 59% year on year to the resulting 11,174 pieces.

However, JATO Dynamics also admits that in ten months of the year, Golf remains at the forefront of Europe’s best-selling models. He has 186,444 registered pieces on his account, followed by the Toyota Yaris. None of them were among the best in October, which proves that this year’s sales are strongly affected by various fluctuations.

how much will the Americans’ return to the moon cost?

U.S. ship crosses Taiwan, sea and land for the first time after the visit to the video summit and responded-China Times