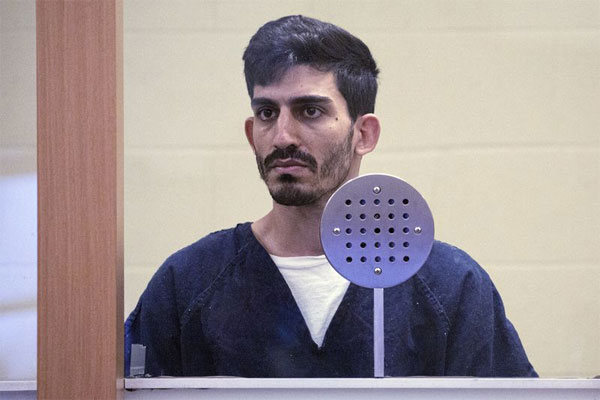 SAN DIEGO – Ali Nassar Abulaban (29), a star TikTok of San Diego, United States of America (USA) faces murder charges, after being suspected kill wife and his friend. Abulaban, who uses the name JinnKid on his TikTok account and has 1 million followers, shot his wife and friend dead on suspicion that they were cheating on him.

This shooting incident occurred in a San Diego apartment, in the state of California, USA. As reported by NBC San Diego, Thursday (10/28/2021), Abulaban was arrested on suspicion of murder, following the deaths of his wife Ana Abulaban (29) and his friend Rayburn Barron (28), last week.

According to Deputy District Attorney Taran Brast, Abulaban had been asked to leave the apartment by his wife on October 18, after she expressed her desire to leave the marriage.

Prosecutors told the court that Abulaban began stalking his wife in the days that followed, before vandalizing the house on Thursday morning and installing an app on his daughter’s iPad so he could monitor them.

Brast said after hearing another man’s voice in the apartment, Abulaban returned with a gun and shot Barron three times. Abulaban allegedly shot Barron in the neck, cheek and back of the head at close range. Subsequently, Abulaban shot his wife once in the forehead.

“Abulaban had picked up his five-year-old daughter from school before being arrested,” Brast explained. He also told the court that Abulaban had confessed to the killings to police and his mother.

No restraining orders were issued at that time. Brast described Abulaban as a clear danger to society and a risk of escape. “Prosecutors can increase his murder charge because he is suspected of killing two people,” he continued.

The judge ordered Abulaban, who pleaded not guilty, to be held without bail. Abulaban returned to court for a bail review on October 28. Its preliminary hearing has been set for January 5.

Abulaban runs TikTok and YouTube social media accounts under the name JinnKid. He often uploads videos of himself imitating Al Pacino, Nicolas Cage, and 6ix9ine. His wife has made several appearances on his material, with him describing it as “the love of my life” in a TikTok video on September 19.