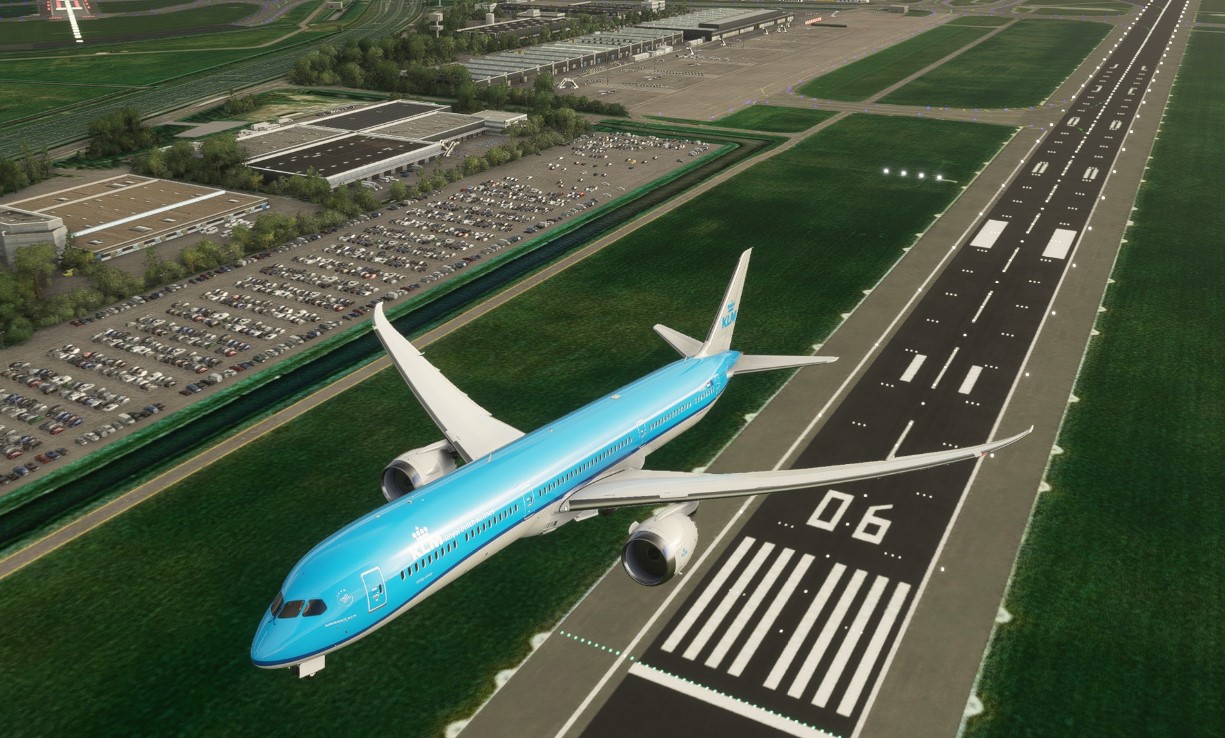 Millions of aviation fans worldwide play the game and the game is also popular in the Netherlands with between 50 and 100 thousand active simulator pilots. Microsoft tries to make the virtual world as authentic as possible. They believe that in a flight simulator it is important to have the right aircraft with correct and authentic color schemes to create a sense of realism at airports and in flight. KLM is one of the first European aviation partners and as such will also be part of the promotional material of the game.

History Flight Simulator
The first release of the computer game Flight Simulator dates back more than 40 years and the rights have been held by Microsoft since 1982. Over the years, this game has evolved and has given millions of avid players the opportunity to fly many types of planes around the world behind their computers. In June 2019, Microsoft announced a brand new Flight Simulator, which has been available to play since August 2020.

Since the game launched in August 2020, development has continued. For example, in new releases more details of countries, cities and airports are added, new aircraft are introduced and various features are implemented. The need to add typical airlines completes this list.

The new France / Benelux update of Microsoft Flight Simulator has been available since April 13 and focuses specifically on the Benelux and France. And KLM should not be missing in this. KLM granted permission and gave the specifications of the livery to Microsoft, so that the aircraft could be faithfully included in the game.

Watch the trailer below, which shows, among other things, how a KLM 787-10 takes off from Rotterdam Airport:

Salač drove the second part of the qualification for the first time this year, in Portugal he will start from the sixth row

Do not be fooled! These are blocked investment sites, including Binomo