(Agence Ecofin) – At 76 years old, Germaine Acogny stepped into the dimension of the greatest dancers of her generation, even in history. All her life she has danced to her own music, that of the return to the sources of an African who left for a moment far from her land.

Franco-Senegalese Germaine Acogny won the 2021 Golden Lion for Dance at the Venice Biennale. The one that the community nicknamed the mother of contemporary African dance joins the list of this award already awarded to legends like Pina Bausch and Carolyn Carlson. “Her contribution to the dance and choreography training of West African youth and the wide dissemination of her work in her home country and around the world have made her one of the most influential independent voices on the art of dance ”, explains the Venice Biennale in a press release.

At 76 years old, the dance of the immortal “divinity of the sands” has lost none of its splendor.

The dancer of Beninese origin adds one more trophy to her distinctions which reward outstanding achievements. But Germaine Acogny, beyond her achievements in training young people, is first and foremost a dancer whose art is imbued with a particular mystique.

But Germaine Acogny, beyond her achievements in training young people, is first and foremost a dancer whose art is imbued with a particular mystique.

Perhaps, she inherited this ecstatic from her Beninese ancestry close to voodoo, the religion of her grandmother who was a priestess? The answer does not matter much since at 76 years old, the dance of the immortal “divinity of the sands” has lost none of its splendor.

The quest for identity of a child of transition

The people going to “the school of sands” are formal. The goal in this establishment founded in Senegal by Germaine Acogny and her husband is not only to learn to dance. “We come to find our way, our identity. Here, even if we can’t tell you who you are, we can help you find the dance that suits you ”. The dancers go to this almost sacred place, as Germaine Acogny’s movements and dance can approach trance, to follow a path that leads them towards themselves, towards their identity as a person, as a free being. They have no doubt that the school will succeed in guiding them on the path that its founder has already followed.

“We come to find our way, our identity. Here, even if we can’t tell you who you are, we can help you find the dance that suits you ”.

And indeed, the dancer had to fight to reconnect with herself because of a history fragmented by a family breakdown. You should know that Germaine Acogny was born in 1944 in Porto-Novo, Benin. At the age of 4, she moved to Dakar, Senegal. Her father Togoun Servais Acogny, a United Nations official, is the son of Alophoo, a voodoo priestess who will occupy an important place in the life of the dancer. 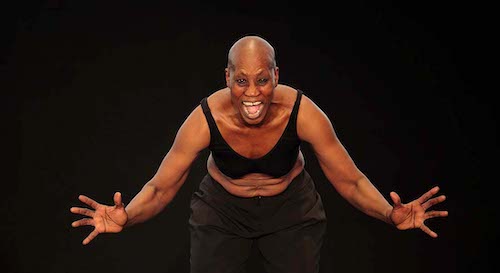 “My dance is a dialogue with the cosmos. “

This father, precisely, finds himself at the center of a family drama when he decides to convert to Catholicism when he comes from a long line of voodoo followers. The departure for Senegal is in fact a split. Alophoo’s son even remarried there. If the situation has a significant impact on the life of his daughter, it must be said that the choice of Togoun Servais Acogny is not really an isolated choice. At that time, Africans were undergoing a transition driven by the continent’s intelligentsia, which began to adopt an increasingly Western way of life. The family drama of the dancer therefore joins, to a certain extent, African upheavals. The trauma caused to the identity of the young Germaine Acogny by this situation will not be erased until years later. During this time, she pursues a classical school curriculum. After her secondary studies, she left for Paris to study sports education which she would teach on her return to Senegal. It was during this period that she developed a passion for dance. In 1968, at only 24 years old, she created her first African dance studio in Dakar. At the time, it was all about using her passion to improve her income as she came out of a divorce and had to take care of her two children. The rest will however pass to posterity.

The mother of contemporary African dance

Over the years, Germaine Acogny becomes a real star of African dance. She is developing her own technique of modern African dance. The latter is made up of a mixture of her grandmother’s gestural heritage, traditional African dances and classical and modern Western dances. “My dance is a dialogue with the cosmos, the body must take the energy of the earth. Our feet are our roots, the chest the Sun, the buttocks the Moon, the pubis the stars, the spine the serpent of life. The pool must be in perpetual motion, because if the stars stop it is a disaster ”, she explains. In 1975, her success reached the ears of Senegalese President Léopold Sédar Senghor, who introduced her to Maurice Béjart, dancer, choreographer and member of the French Academy of Fine Arts. The understanding between the two dancers is fabulous. “I’m the black girl he could have had. He found in me the girl who continued what he started ”, confesses Germaine Acogny after their meeting. 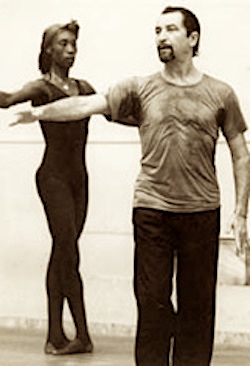 “I’m the black girl he could’ve had.” (photo Jeant-bi)

In 1977, the French choreographer and President Senghor decided to entrust him with the management of Mudra Afrique, the Senegalese school station founded in Brussels by Maurice Béjart. For five years, this school will be the African flagship of contemporary dance, forming promotions of 25 students from different countries of the continent. For lack of funding, the adventure ended in 1982. Léopold Sédar Senghor is no longer in the presidency of Senegal and his successor refuses to finance the school.

For five years, this school will be the African flagship of contemporary dance, forming promotions of 25 students from different countries of the continent. For lack of funding, the adventure ended in 1982.

After the closure of Mudra Afrique, Germaine Acogny moved to Brussels with Maurice Béjart’s company and organized international African dance workshops which were very successful with the European public. The experience will also be exported to Africa, in the village of Fanghoumé in Casamance, Senegal. Choreographers from Europe and around the world go there. Germaine Acogny dances, choreographs and teaches all over the world and becomes a real emissary of dance and African culture. In 1985, she and her husband Helmut Vogt founded the “3rd World Ballet-Theater Studio-School” in Toulouse. 2 years later, after being absent from the stage for several years, Germaine Acogny made a successful comeback in 1987 as a dancer and choreographer, working among others with singer Peter Gabriel for a music video. She also creates “Sahel”, her first solo (creation danced by a single artist, Editor’s note).

The deity of the sands

In 1995, Germaine Acogny decided to return to Senegal and build an international center for traditional and contemporary African dances. Completed in 2004, it took the name of Ecole des Sables and is located in the village of Toubab Dialaw. Even before the establishment is really completed, it becomes an African beacon of contemporary dance and helps many dancers, especially African dancers, to find their ways, in particular by orienting them towards their origins. “A tree that has no roots cannot grow”, explains Germaine Acogny. During this time, the planetary recognition and the rewards come to consecrate the work of what her students nicknamed “the deity of the sands”.

During this time, the planetary recognition and the rewards come to consecrate the work of what her students nicknamed “the deity of the sands”.

In 2004, after her second solo “Tchouraï”, Germaine Acogny created the piece “Fagaala” on the Rwandan genocide. Three years later, Germaine Acogny and Kota Yamazaki receive a Bessie Award (annual New York award given to innovative contemporary dance choreographers who have performed on a city stage, Editor’s note) for this choreography. 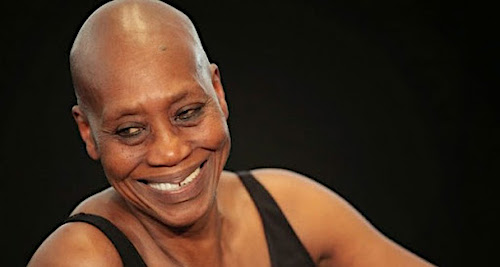 “A tree that has no roots cannot grow”.

Nevertheless, the most important reward for the artist lies perhaps in the fact of having been able to make, on stage, a catharsis of his personal dramas. This was notably possible in her solo “At a place from the beginning”, created in 2015, where the dancer looks back on the family history – that of her grandmother Alophoo, that of her father – and heals her own injuries. As a symbol, the year of creation of this solo, she returns to her land in Benin where she dances for the first time.

The award of this Golden Lion 2021 crowns the journey of the mother of contemporary African dance. At 76, Germaine Acogny seems to have lost none of the energy of the early days. Determined to never stop frolicking on stage, she will present her show “At a place from the beginning” during the 15e International dance festival of the Venice Biennale, from July 23 to August 1.

Energy crisis: Texas drowns Mexico with the closure of natural gas exports due to the storm