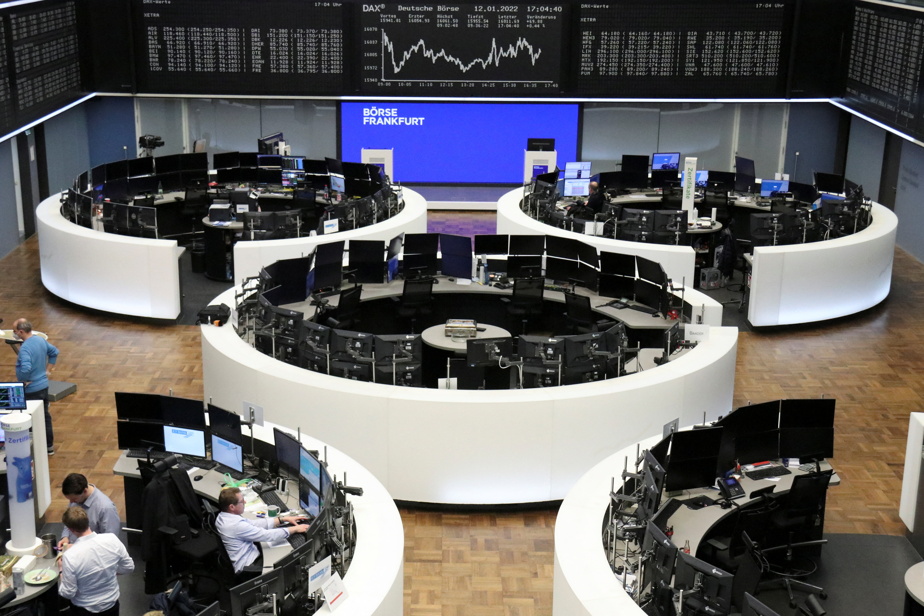 (New York) Wall Street retreated as global markets remained cautious on Thursday after the release of new US economic data on inflation and the labor market.

Producer prices in the United States increased more slowly in December than in previous months, at +0.2%, according to the PPI index published on Thursday.

This represents a small brightening amid inflation at a 40-year high in 2021, which is expected to remain strong for several months. Over one year, however, the explosion in wholesale prices reached 9.7%.

The general consumer price index (CPI) increased by 7% in December over one year, certainly a highest since 1982, but a figure already taken into account by the market.

Michael Hewson, an analyst at CMC Markets UK, sees these figures as signs “that we could be close to a short-term peak of this current inflationary push”.

“We continue to believe that inflation is caused by bottlenecks, which should ease. There are some positive signs in this direction”, explains Frédéric Rollin, investment adviser for Pictet AM, citing an improvement in the delivery times of American companies.

To stem this persistent inflation, the US Federal Reserve (Fed) plans to reduce its monetary support more quickly than expected and most members of the institution are referring to the month of March for a first increase in key rates.

Investors will, moreover, soon be monopolized by the results of the fourth quarter, the publication of which begins on Friday.

The aerial picks up momentum

The French Minister Delegate for Tourism and SMEs has announced that people vaccinated against COVID-19 will be authorized from Friday to come from the United Kingdom to France without having to justify a compelling reason.

In the United States, Delta Air Lines (+2.17% to 41.29 dollars) was optimistic in its traffic forecasts for the whole of the year, even if the company warned that the Omicron variant would likely to push back the resumption of air traffic by two months and cause a loss in the first quarter.

Marks and Spencer fell 7.91% to 233 pence. The British supermarket chain published strong sales growth for the Christmas period, but did not raise its forecast much, disappointing the market. In the same sector, Tesco ended down 0.87% at 289.70 pence.

In apparel, JD Sports Fashion fell 6.41% to 197.95 pence after announcing that its boss Peter Cowgill had sold 10 million shares of the company, more than half of what he held .

The US automaker, which is betting big on electrics in the future, surpassed $100 billion in market capitalization for the first time, overtaking rival General Motors. However, it remains far behind Tesla, whose stock market value exceeds 1000 billion dollars.

In New York, a barrel of West Texas Intermediate (WTI) for February delivery fell 0.62% to 82.12 dollars.

Assad’s fugitive executioner gets life in Germany for mass torture