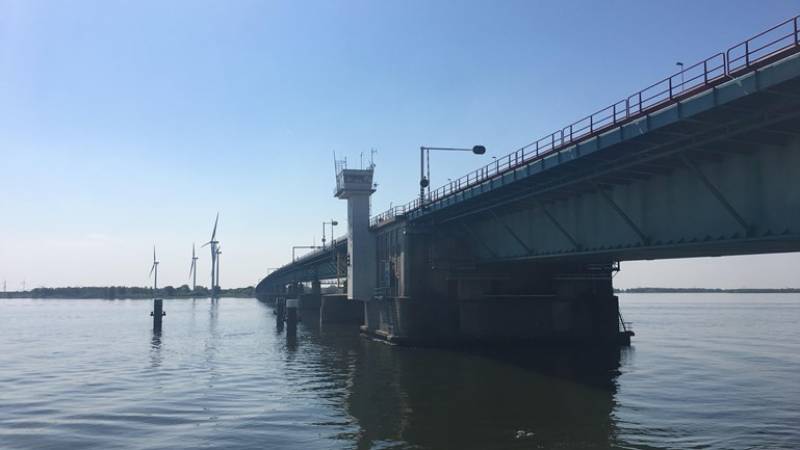 The start of work on the Haringvliet Bridge has been postponed by two weeks. This gives the safety regions more time to prepare properly and to organize accessibility for emergency services such as the police, fire brigade and ambulance.

The postponement of the refurbishment until Monday 9 August is at the request of Mayor Bram van Hemmen van Hoeksche Waard. He is a spokesperson for the relevant safety regions and municipalities around the bridge and wondered whether the emergency services could be present in time in the event of major problems.

During the work, a maximum speed of 50 kilometers per hour will apply on the Haringvliet Bridge. The number of lanes in both directions will be reduced from three to one. Rijkswaterstaat expects long traffic jams.

“Because we made a joint fist, we were able to convince Rijkswaterstaat that the consequences of their decision entail unacceptable safety risks for our residents,” said Van Hemmen at regional broadcaster Rijnmond.

The Haringvliet Bridge, the most important car connection between South Holland and North Brabant across the Hollands Diep, is in bad shape. “Without additional measures, there is an increasing chance that a clamp or plate will come loose from the bridge,” Rijkswaterstaat said earlier. The driving deck of the bridge consists of 210 aluminum plates that are attached to the lid of the bridge with 700 clamps. The clamps vibrate loose due to all the traffic that drives over the bridge.

In December 2017, about twenty cars were damaged because part of the bridge had come loose. The cars got flat tires and the diesel tank of a truck punctured.

The actual renovation of the bridge will not start until 2023. The work now mainly consists of reducing the speed and closing a number of lanes – all to prevent the bridge’s condition from deteriorating further.