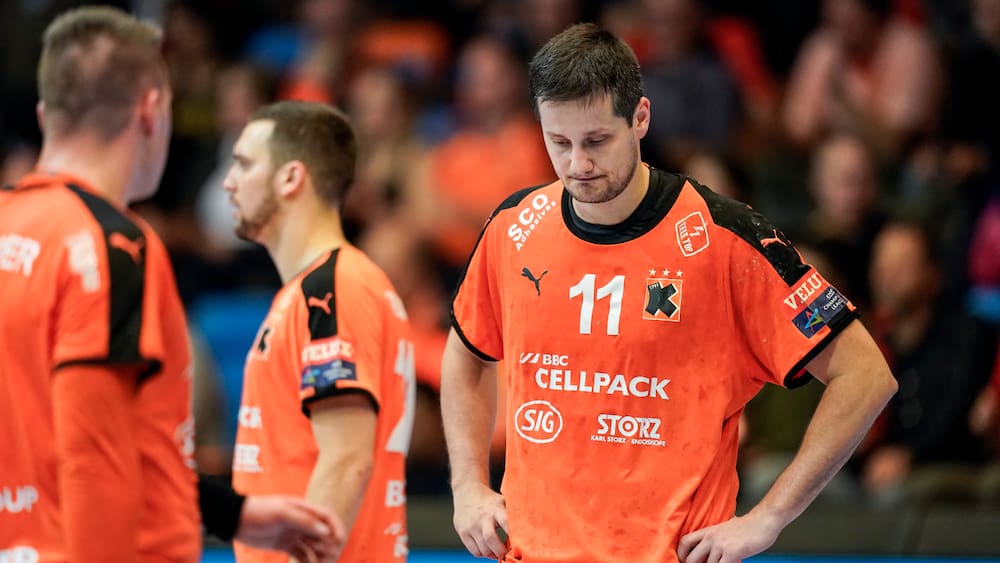 It is an inconceivable scene that takes place on Friday evening in the top handball game between Kriens-Lucerne and the Kadetten Schaffhausen: In the 36th minute, Schaffhausen’s international Max Gerbl scores for the guests at 16:13. The two referees Brunner / Salah give the goal, the Krienser play normally again.

So far so good. Only: The cadet goal is nowhere counted. The old result of 13:15 stops on the scoreboard in the Krauerhalle, as well as in the TV picture and in the live ticker. Not even the association delegate or the referee duo notice the failure.

The matter is all the more explosive because the game – without Gerbl’s correct goal – ends at 24:24. The league leader not only steals a goal, but also a point. The Krienser in turn come to a free counter in the remote duel with Pfadi Winterthur for second place.

It is astonishing that no fewer than five people should have the correct result under control: the coach of the live ticker, the timekeeper responsible for the music box, Roger Felder as delegate of the SHV and the team of referees Brunner / Salah, the EM and WM – Participant is counted among the elite of the impartial.

Although the Schaffhausers complain during the game, apparently no one is aware of a mistake from this quintet. Only after consulting the TV pictures does the SHV delegate see his faux pas and apologize to the cadets. The two referees were not prepared to comment on a request from BLICK.

Cadets do not protest

However, Kriens’ goal theft will not have a direct aftermath. Because: The Schaffhausen family refuses to lodge an official protest within the necessary period of three days. The weighing of costs and benefits led to this decision, says Cadet Sports Director David Graubner. «Repeating the away game is always associated with a financial outlay. In addition, it would be physically an additional burden just before the playoffs, ”said Graubner. Despite the stolen point, the Schaffhausen lead over pursuer Kriens-Lucerne is still six points.