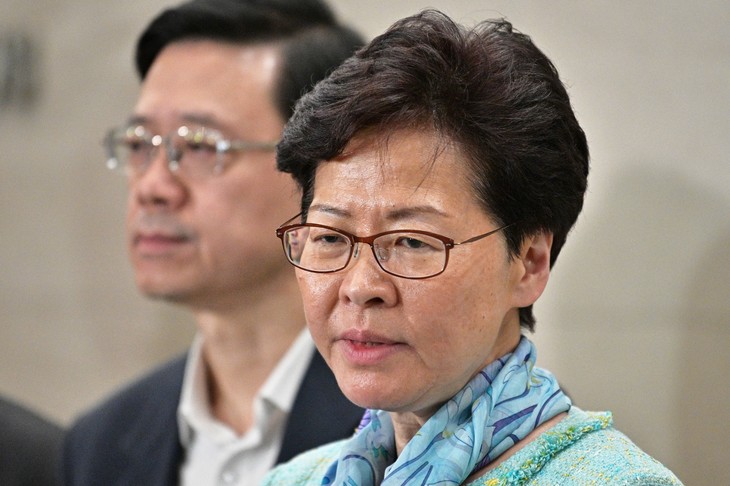 The standoff continues between the street and the Hong Kong government, accused of playing the Beijing game. Hundreds of thousands of people (230,000, according to the organizers, 56,000, according to the police) marched Sunday, July 7 in the streets of this semi-autonomous territory of China to maintain pressure on the head of the executive, Carrie Lam, and her government. The demonstration resulted in clashes with the police, and the arrest of five protesters.

The next day, a project for "Test the resistance" Bank of China, one of the largest banks in Hong Kong, was already circulating among anti-government protesters, always raised against the authority after several weeks of protest. The goal would be to organize a mass withdrawal of cash next Saturday, to destabilize China's first commercial currency exchange bank.

Everyone stands on their positions

Trigged in opposition to a bill authorizing extradition to China, which has since been suspended, the grumbling has expanded to demand an independent investigation into the use by the police of rubber bullets, an amnesty for people arrested and the resignation of Carrie Lam.

Accused, the head of the executive has therefore summoned journalists for a press conference Tuesday, July 9. This is the first time she has spoken since the intrusion of protesters into the parliament on 1st July, during one of the most important event days. She had then condemned "The extreme use of violence".

The agenda has not yet been announced, but the head of the government has so far been unmoved by the demands, and it is unlikely that it will give a single iota on the street. Carrie Lam enjoys the support of China.

On Monday, July 8th, the first secretary of the Chinese mission to the UN, Dai Demao, interrupted the Hong Kong pop rock singer Denise Ho who came to claim international support. The extradition bill to China "Remove the firewall protecting Hong Kong from interference by the Chinese government"she had begun to argue before being cut off in her tracks. Dai Demao retorted that mentioning "Hong Kong alongside China" was a "Affront (in principle) of one China and the principles of the United Nations Charter".

Giorgia Meloni, the woman who can kill Salvini

U., Canada warns China to travel as the virus expands, as markets slide