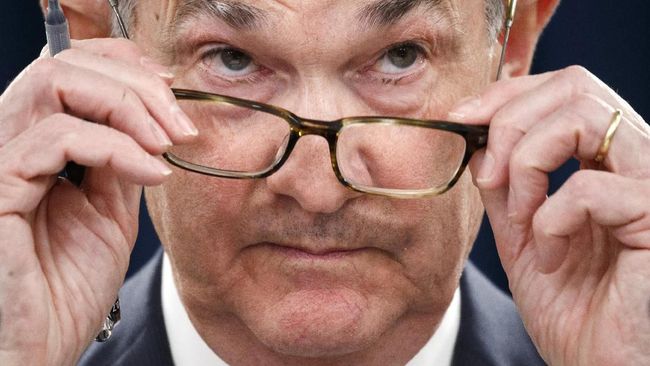 Jakarta, CNBC Indonesia – The turmoil in China’s real estate sector could threaten the United States (US), the Federal Reserve said in a report on Monday.

In a biannual update on America’s financial system, the US central bank said it was concerned about how high debt levels had grown in China’s corporate sector and how Beijing was handling the polemic.

Bloomberg data show that Chinese borrowers have defaulted on about US$9 billion (Rp 128.7 trillion) in foreign bonds this year, with the real estate industry accounting for a third of that amount.

As a result, China’s developer credit rating downgrades have compounded in October, hitting a record high in two straight months. There were 44 companies whose ratings were downgraded by Moody’s Investors Service, S&P Global Ratings and Fitch Ratings until October 21, 2021, after recording 34 downgrades as of the end of September.

The financial troubles of China Evergrande Group, the developer with the world’s biggest debt of US$300 billion, has sparked panic in global financial markets and at home in the US.

Concerns that initially arose for only one company with a mountain of debt have now spread to a number of other real estate companies. Other developers also pointed to struggling to pay off debt piles and the property market was slowing as the government tightened control over new corporate loans.

Several other companies whose liquidity was depressed and had difficulty paying their debts, including Fantasia Holding, Sinic Holdings and Modern Land, either missed debt payments or defaulted (default).

Beijing Regulations Could Have Impact on the US

Regulatory focus on developer company debt (three red lines) launched by Beijing, the Fed said, “has the potential to put pressure on some heavily indebted companies, especially in the real estate sector, as exemplified by recent concerns over the China Evergrande Group.”

In general, these rules are made to suppress the growth of corporate debt by setting limits on the three main credit ratios to keep the company’s liquidity in a safe zone by reducing the maximum loan amount.

Three red lines is a criterion that must be met in order to obtain better access to loans from banks, with violations having consequences. The three criteria are as follows:

The pressures produced by the Chinese rule are said to be The Fed in turn could extend to the wider economy.

“Given the size of China’s economy and financial system and its broad trading relationship with the rest of the world, financial pressures in China could weigh on global financial markets by lowering risk sentiment, posing risks to global economic growth, and affecting the United States,” the Fed said.

Property prices have weakened and fewer people are buying apartments, worsening the sector’s prospects. Evergrande, which has more than a million unfinished apartments across the country, faces a deadline on Wednesday to make at least $150 million in bond payments.

After decades of massive borrowing, Chinese regulators have cut funding to the real estate sector. Many developers sell apartments and receive payments from homebuyers before they complete the property, creating a difficult situation not only for banks and investors but also for individual homeowners.