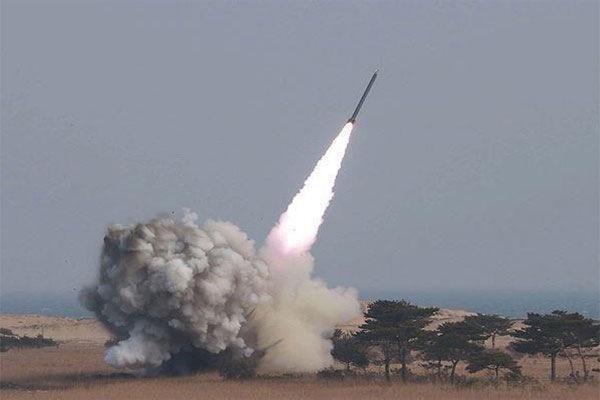 SANAA – Three missiles fired by rebel groups Houthi Iran-backed forces on Wednesday hit the port city of Mocha, on the Red Sea, Yaman . The attack took place during a visit by the UN special envoy to the country.

As reported by Aran News, Thursday (11/11/2021), local residents claimed three large explosions had rocked the area on the outskirts of the city. This attack was also reported to have caused damage to private property.

Read: Working for the US, 25 Yemenis Detained by the Houthis

“The missiles hit areas close to agriculture and residential areas on the outskirts of the city. I think the missile was aimed at a security facility in Mocha,” said an official who did not want to be named.

The discussions centered around the humanitarian crisis in the Red Sea region, increasing displacement, and the impact of the Houthi attacks on peace and public facilities. The UN ambassador also held talks with Brigadier General Tareq Mohammed Saleh, nephew of former Yemeni President Ali Abdullah Saleh, and the commander of the National Resistance on the country’s west coast, in a bid to end the war.

In September, the Houthis launched missiles and drones loaded with explosives towards the port of Mocha, as officials prepared to reopen the strategic dock. The strike damaged parts of the newly repaired infrastructure, disrupting traffic and reopening ceremonies.

On Tuesday, during a rare visit by a UN official to the besieged city of Taiz, Grundberg met with the governor of Taiz and leaders of local political parties.

“We see people whose freedom of movement is severely restricted. We see people affected by the declining economic situation, frequent disruptions in the provision of basic services such as water and electricity, and general unsafe conditions,” said Grundberg.