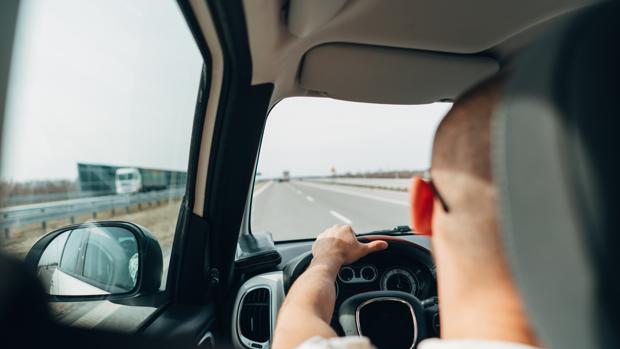 There are many types of roads and public roads and, although there are basic safety rules and laws that we must comply with in all of them, there are also characteristics of each one that we must take into account. Driving on a highway is not the same as on a secondary road. Before taking the car to make any type of displacement, either for pleasure or for work, it is advisable to know what type of roads we will use because depending on this we can, for example, go at a certain speed. Of course, you should never forget to put on your seat belt and respect the traffic rules.

ALD Automotive lists some of these aspects that make the difference when driving, depending on the road on which it travels. First of all, you have to know how to identify the types of roads that exist
:

–
Motorways: it has several lanes in both directions, specially designed to drive at high speed, although the limit is 120 km / h. Only motor vehicles can circulate and are identified with the acronym AP. They do not have access to adjacent properties and with special lanes for incorporation.

–
Freeways: Although very similar to the highways does not meet some requirements, they usually have curves with more closed turning radii and greater slopes on the slopes, the access and exit lanes are usually shorter, it is even possible to find bus stops on the highway . The maximum speed is 120 km / h and they are identified by the acronym A.

-National roads: they have two lanes, one in each direction, they are identified with the acronym N and a maximum speed of 90 km / h.

-Autonomous roads: they belong to the road network of the Autonomous Community and have a maximum speed of 90 km / h.

– Provincial network: it belongs to the secondary road network and is formed by those roads that are the responsibility of the Provincial Councils. They are not usually very long, their traffic is not usually high and they usually connect populations with each other or serve as a link between other areas and the first level roads.

– Municipal network: it is formed by the roads that depend on a town hall. They have a local importance and are short roads that connect nearby towns, or that give access to isolated populations or places of interest.

In addition, there are also different types of public or secondary roads, such as: interurban, rural, crossing or urban.

Minimum speeds
Next, attention should be paid to the minimum speeds. Although most of the time we tend to be careful not to exceed the allowed speed limit, it is also important not to reach a speed below recommended. A measure that will also depend on the type of road on which it runs.

On highways and highways the minimum speed of movement is 60 km / h. For its part, on national and regional roads the minimum speed is usually 50 km / h, although there are some in which this figure is reduced to 45 or even 35, so we must be attentive to the indications in each of them .

The recommendations will not only increase our security when making any type of travel by car, but also protect us from possible penalties, such as fines.

How to drive on highways and highways
When it comes to being behind the wheel on these two fast roads, you must keep the safety distance, use the turn signals to signal any movement, frequently look at the rearview mirror, be aware of the movements of the cars that go in front of and behind us, drive whenever you can in the right lane, fast forward, pay attention to the information panels and do not slow down when you are in the fastest lane.

How to drive on secondary roads
These types of roads are usually less safe because they have more intersections and incorporations; In addition, they usually have more mountainous and curved sections. Therefore, when driving in them you have to be especially careful.

On secondary roads we must drive as close as possible to the right bank, to offer greater security to those who go the opposite way. In addition, care must be taken to keep the safety distance, keep the car lights on, even when it is daylight and try to minimize overtaking. On some of these roads there are signs that warn about the presence of animals; When this happens, we must reduce the speed and be alert to avoid unforeseen events. .

The work «Portrait of a cleric», attributed to Velázquez, declared of Cultural Interest