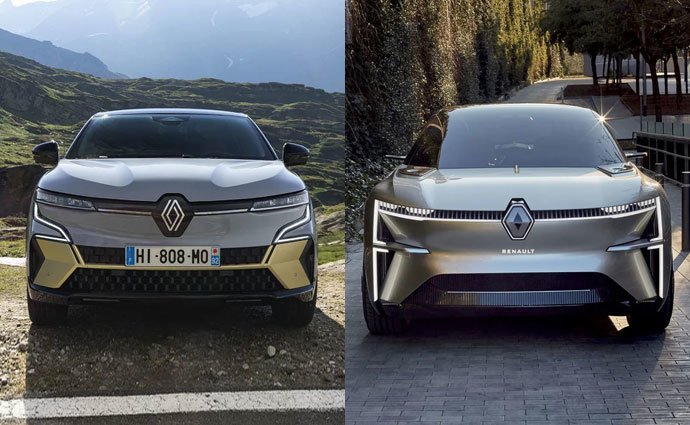 The Renault brand is counting on an extensive reorganization of its model portfolio. By 2025, it is preparing 14 new models, but some will end, three of them next year.

Renault changed management last year when new CEO Luca de Meo, the current head of Satt, took the lead. His task was primarily to present the company’s new strategy, which happened at the beginning of the year. At that time, it became clear that Renault would introduce 14 new models by 2025, of which seven were purely electric and seven were in the C and D segments (compact and middle class). But it will not be just about news.

It turned out that some models will also end. They will not be replaced by a direct successor, but will be replaced by an otherwise conceived model. As the French server l’Argus found out, namely the MPV Grand Scénic and Espace and the middle class model Talisman, which has been speculated about in previous months. However, it has now become clear that the trio will end next year.

The production of the Talisman will be the first to end, in the spring of 2022. Then the large MPV Espace will say goodbye in the summer, and at the end of 2022 the production of the Grand Scénic will also cease. He will follow his shorter brother, the Scénic model, who will finish a few months earlier. For example, the “short” Scénic is no longer sold on the Czech market, instead the brand attracts Captur.

The end of the trio of Talisman, Espace and (Grand) Scénic has the same reason in all cases. Sales of these models are below expectations, so Renault wants to make room for models with greater business potential. Such cars are to indirectly replace this trio. What’s more, these models are manufactured at the Douai factory, which is to focus on electric cars in the future. The Mégane E-Tech Electric electric crossover will be the first to start here, and Talisman will end with its arrival.

At the same time, the capacity of the Douai plant must be filled in order for it to pay off. After all, while in 2004 469,510 cars were produced here, last year it was only 49,053 cars. Although last year’s result was affected by the coronavirus pandemic, production in Douai declined before it broke out.

However, Renault’s plans for seven new products for the C and D segments suggest that the brand continues to count on such large models. What’s more, it is possible that some of them will use the names of terminated cars. In this regard, there is speculation about keeping the names Scénic or Espace, however, for cars of different concepts.

In any case, Renault wants to be represented primarily in SUVs in larger segments. It is said that instead of today’s Kadjar and Koleos, a trio of models will arrive. Compact SUV, SUV-coupe and seven-seater SUV and they are supposed to play the role of a replacement for Kadjar / Scénic, Talisman and Grand Scénic, respectively. The large MPV Espace could then be replaced by the already mentioned personal variant of Trafic.

On the contrary, other upcoming innovations are aimed at the world of electric cars and smaller segments. In 2024, a modern interpretation of the Renault 5 with electric drive will arrive as a replacement for Zoe, followed a year later by an electric city SUV with the look of the former Renault 4.