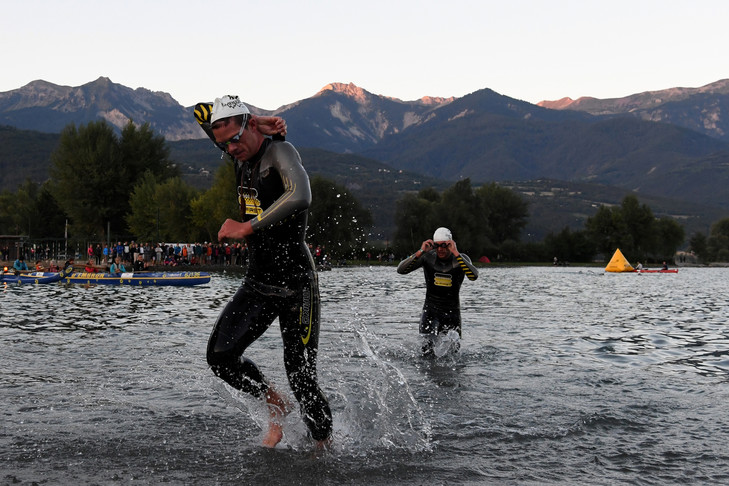 In the early morning of August 15, they will be nearly 1,200 competitors on the starting line of the triathlon Embrun, the oldest in France, founded by Gerald Iacono, a former real estate developer in Marseille fell under the spell of this valley of Hautes-Alpes chiseled by the Durance. In 2018, at the end of this extreme race of 266 kilometers, swam, cycling and running, the Belgian Diego Van Looy, 27, had created the surprise by winning in 9:45 and 54 seconds after his first appearance, while in the women's category, Australian Carrie Lester managed to cross the finish line in spite of a fall on the bike that caused her back pain.

Preparing for the Hawaii Triathlon, the world's premier event, the latter will not be defending her title this year. The competition in the women's section looks more than ever open, " points out Olivier Bachet, one of the two official commentators on EmbrunMan, patting himself with impatience. On the men's side, Diego Van Looy will be the favorite against Croatian Andrej Vistica, who already won the race, Victor Del Corral of Spain and Gwenaël Oullières and Romain Guillaume of France.

In front of thousands of people shivering with pleasure, who settle on the roadside several hours before the departure, the show is worth by the participation of hundreds of amateurs. They have no other ambition than to test their limits during this triathlon « open to all, without selection by a jury. But, to lead in such an adventure, " you have to be crazy, " smiles Olivier Bachet. Professionals and amateurs, men or women, are housed in the same boat, jumping before the sunrise in the cold waters of the Durance.

They must then confront a journey of hell, in an unforgettable lunar scenery "Climb the 5000-meter vertical drop, punctuated by major difficulties such as the crossing of the Izoard pass, the Champcella and Chalvet coasts. with their abominable percentages of 16 to 17% uphill ", to complete this loop by a long and weary marathon. " The first finish the test in ten hours. But the last can put up to 16 hours, continues Olivier Bachet, who has already run this homeric triathlon in 2000. He says: « There are beautiful family stories like this father and his two sons who wanted last year to live this experience, or marriage proposals on the finish line. At the end of the event, the amateurs are proud to wear the polo offered to all who have been to the end. "