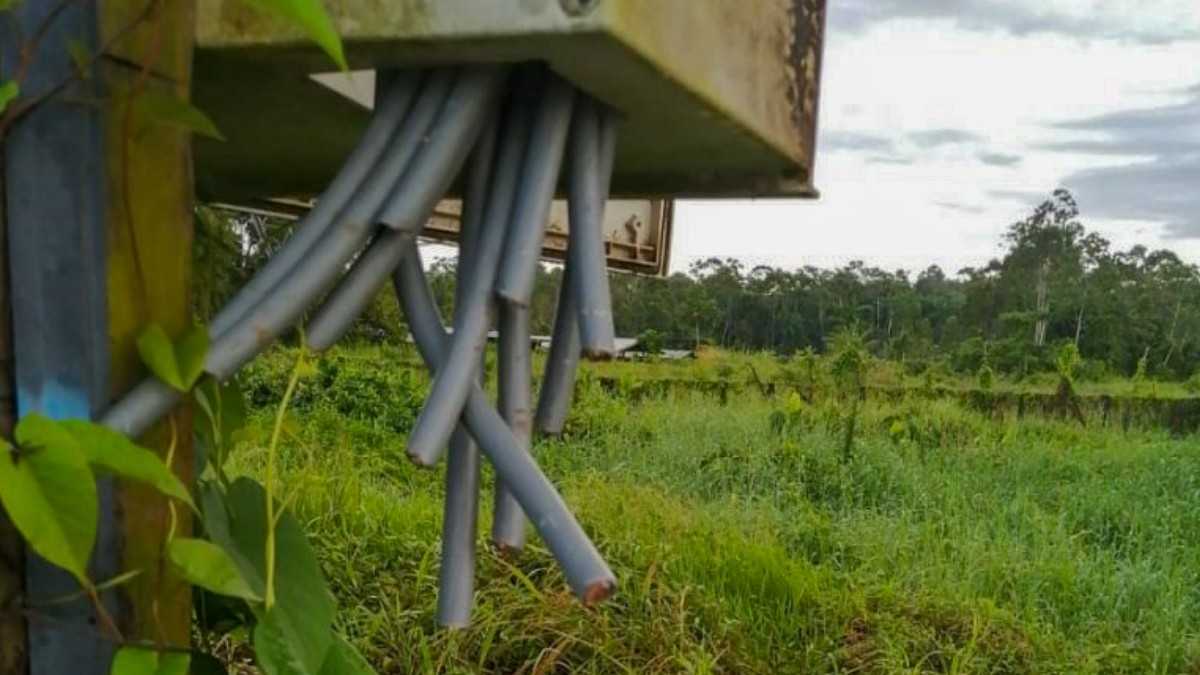 The NV Energiebedrijven Suriname (EBS) has been repeatedly targeted by copper thieves in recent months. During an audit of the electricity grid and in response to customer complaints, it was found that the number of cases of electricity cables being stolen by copper thieves has increased.

In the past 4 months, around 12 cases of cable theft have occurred in Paramaribo and the surrounding area. It is known that most of these cases are committed at companies, large supermarkets or sawmills. These close after a certain time, so the power outage due to the cable theft is not noticed until the next day. The manner of cutting the cables and dismantling them testify to professional work.

The unlawful removal of electricity cables and other grid parts is not only a serious violation, but also leads to enormous financial and material damage for the company and the customer.

The EBS strongly disapproves of this act and urges society to immediately report any suspicious act on the electricity grid by third parties and in the event of any form of vandalism or theft of network components to the EBS and the police. . This can be done in the following ways:

Shares of the French EDF jumped from the test. The electricity discount will cost her billions of euros

“Today another 5 votes for Silvio, it went well”