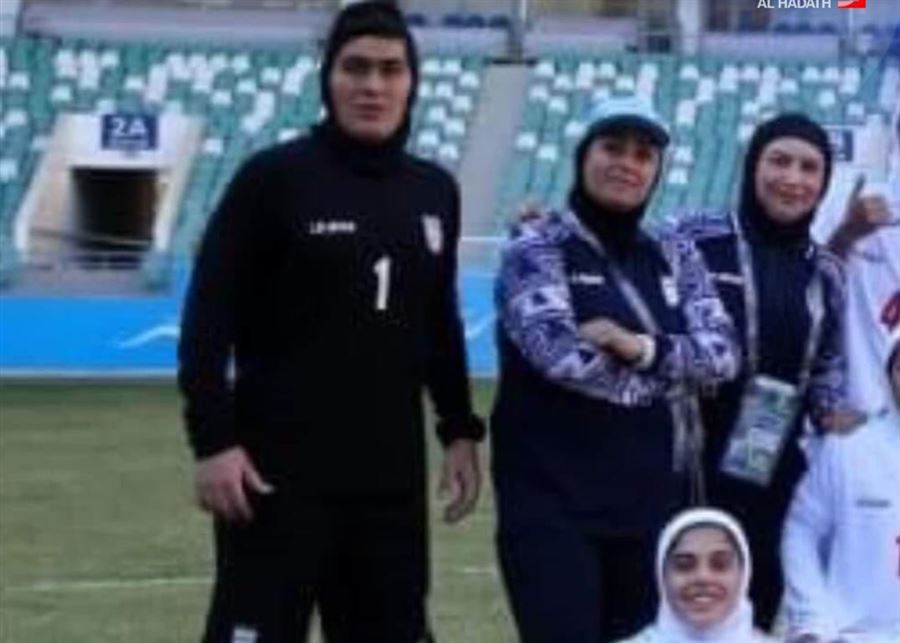 The coach of the Iranian women’s soccer team, Maryam Erandost, has responded to the Jordanian Football Association’s demand to investigate the gender of one of the Iran players, who participated in the Asian Cup qualifiers final match, which Iran won on penalties.

And Maryam Erandost, in statements to the “Iranian Sports News Agency – Warzach Se”, considered these rumors just an excuse not to accept defeat against Iranian women, saying: “It is natural for Jordanians to seek to escape defeat.”

The Jordan Football Association had called earlier today, the Asian Confederation, to verify the gender of one of the Iranian players, who participated in the Asian Cup qualifiers final match, which Iran won on penalties.

In a statement, the Jordanian Federation stressed that the Iranian team has a history of taking such measures, by including male players as women players within the women’s team, and the use of doping.

Iran used men (faked their identity to be women) to play at the finals of Asia women’s football.
Even in this we can’t trust #Iran, so how to trust them on nuclear power???? pic.twitter.com/bdXKWjNNNT

Prince Ali bin Al-Hussein, president of the Jordan Football Association, published a tweet that includes the official letter addressed to the AFC, and demands, through it, the need to “open an investigation and take appropriate measures, if there is doubt about the eligibility of a player participating in the competitions.”

The Iranian women’s team achieved a historic achievement by qualifying for the first time in its history in the Asian Nations Championship, after defeating its Jordanian counterpart in the decisive match, 4-2 on penalties.

The original time of the match, which was held at Bunyodkor Stadium in the Uzbek capital Tashkent, ended with a 0-0 draw, in the third and final round of the Group G competition, so that the two teams resorted to penalty kicks, which the Iranian team won, which topped Group G.

More people came for a mortgage in October. They still got a decent interest