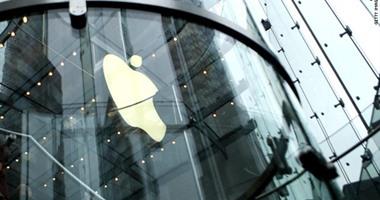 (MENAFN – Youm7) Apple has excelled in a large number of areas, whether those related to software or hardware and hardware development, but the American giant is still forced to rely on Google for Internet search

There is nothing to prevent Apple from developing its own search engine, especially in light of the presence of more than a billion iPhone phones operating around the world, as well as millions of iPads and MacBook computers, so the company is able to reach a huge number of users as soon as any new service is launched.

In addition, Apple has started in 2020 to show its search results when using the search engine located in the home screen of the iPhone, which is a clear attempt to employ its technologies within this field.

The search feature is one of the most important features that any Internet user needs, and Google is the most prominent company ever in providing search services.

Indeed, Google pays Apple between eight and twelve billion dollars annually, in order to keep its search engine as the default search engine for iPhone phones, but the antitrust lawsuit that the US Department of Justice has begun to implement has threatened this cooperation significantly, given that Google In this way, the search services are monopolized on iPhone phones. Perhaps the Cupertino giant actually wanted to walk away from Google and cancel this deal.

There is no doubt that it earns large sums of money from Google under this contract, but it keeps it dependent on its rival on an ongoing basis.

Building a new search engine may spare Apple from cooperating with Google from the ground up. On the one hand, and on the other hand, Apple needs this technology to train Siri, not to mention billions in profits when providing an advertising service through the search engine.

Although it’s hard for the two companies to get away with online search, building new technology from scratch is not unusual for Apple. Perhaps the most notable example of this is that it gave up Intel in exchange for developing its own M processors and making them available in the MacBook.

It is reported that the company has more than two hundred billion US dollars in cash, so it is able to fund any research or development. However, building a new search engine takes a lot of time and effort. It suffices that Google employs more than 114,000 people, and a large part of this number is working on the development of the search engine.

174 cars found in the barn revealed their secrets, we know their origin, prices and reason for sale