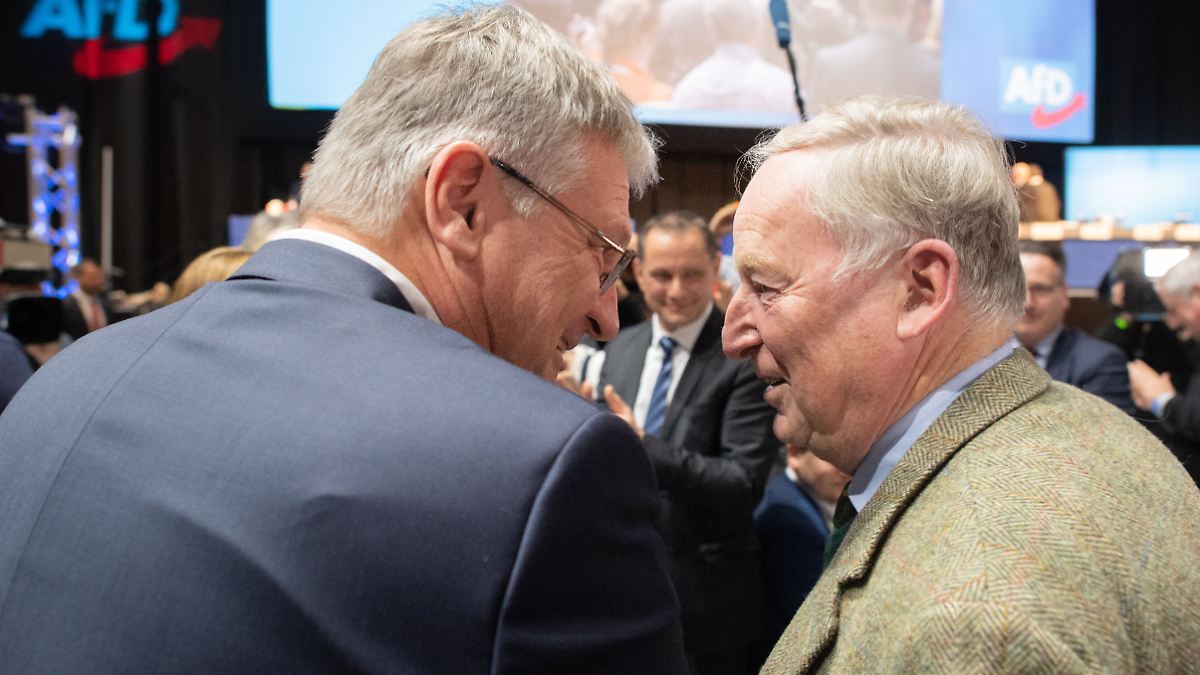 Is the observation coming?

AfD sues against the protection of the constitution

On Monday, the Office for the Protection of the Constitution could put the entire AfD under observation – but the party is now taking action. She submits two urgent applications to the Cologne Administrative Court.

The court spokeswoman announced an interim decision by the court for Monday, a so-called hanging decision. This is a provisional decision that can be made before the urgent application is made, i.e. especially at short notice.

According to media reports, the Federal Office for the Protection of the Constitution wants to make a decision on how to deal with the AfD in the coming week. Accordingly, the AfD should be declared a right-wing extremist suspected case. Such a categorization, as well as a classification as certain extremist tendencies, can result in observation using intelligence means.

The AfD in Baden-Württemberg, which is preparing for the state elections on March 14, would be particularly affected. On Wednesday she spoke of a political maneuver. “If the country’s strongest opposition party, the AfD, is to be observed by the secret service seven weeks before a state election, that’s not just an injustice,” said Deputy State Chairman Markus Frohnmaier. “It is also a serious attack on free and democratic elections if citizens are to be influenced in their voting decisions by a government-controlled secret service,” he said.

The party also defends itself in other federal states against observation by the constitution protection. For example, a lawsuit has also been filed in Brandenburg. In Berlin, an actually secret report by the Office for the Protection of the Constitution, which was leaked to the party, caused a stir. It states that there are “insufficient actual indications” for an observation. The State of Berlin said it was not a finalized interim report. He is still open-ended.

For years there has been a dispute over the direction of the party between more moderate “national conservative” and right-wing extremist positions. The expulsion of the Brandenburg parliamentary group leader Andreas Kalbitz was an expression of this. If the party is observed by the Office for the Protection of the Constitution, that could deter voters.

The reproduction number is deteriorating, the number of deaths in Germany is enormous

A steady decline in the most popular cryptocurrencies