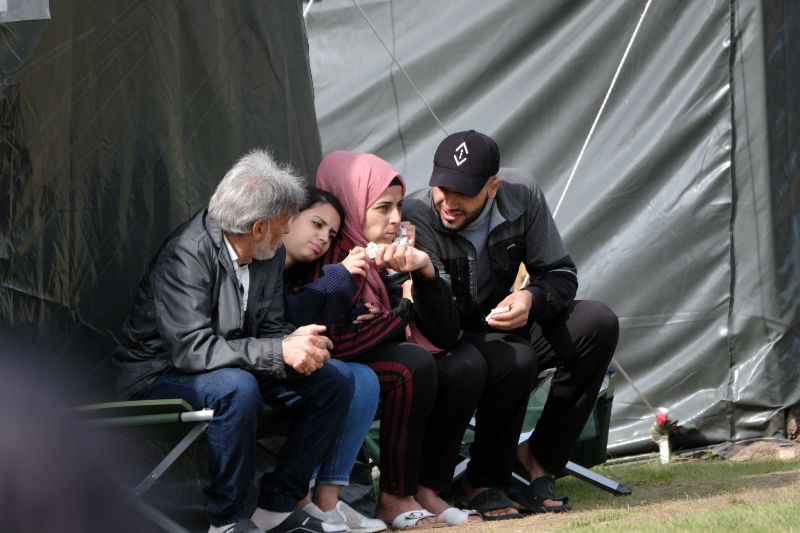 35 of the immigrants who have entered Latvia have returned or will return to their countries of residence, the Deputy Head of the State Border Guard Ivars Ruskulis admitted to the Saeima’s Defense, Internal Affairs and Corruption Prevention Commission on Wednesday.

“It is a crime for our country not to talk about it.” Hop on whether natural immunity is a reason not to get sick


Valdis Keris: If all workers are already being tested, then those who have not been vaccinated should be allowed to return to work

35 people have expressed a wish to return to their home countries, 25 of whom have already left and ten more.

Ruskulis also reminded that on average per day the State Border Guard prevents 20-25 people from trying to cross the Latvian-Belarusian border illegally.

In Latvia, the Office of Citizenship and Migration Affairs (OCMA) decides on granting asylum. At this institution, LETA found that there were currently around 200 asylum cases pending.

At present, the capacity of “Mucenieki” is more than sufficient, as usually “Mucenieki” can accommodate up to 400 people.

Life and everyday life in “Mucenieki” is currently going smoothly and without incidents.

It has already been reported that 68 people have not been barred from crossing the border since the introduction of the state of emergency on humanitarian grounds, and a total of 420 third-country nationals have been detained illegally this year.

Taking into account the increased pressure of illegal immigration, the Latvian government has declared a state of emergency in Ludza, Krāslava and Augšdaugava counties, as well as in Daugavpils. In the summer, the government announced it from August 11 to November 10, but later extended it to February 10.

The possible arrival of World of Warcraft: Complete Edition to Xbox is filtered

Chance of wet snow next weekend