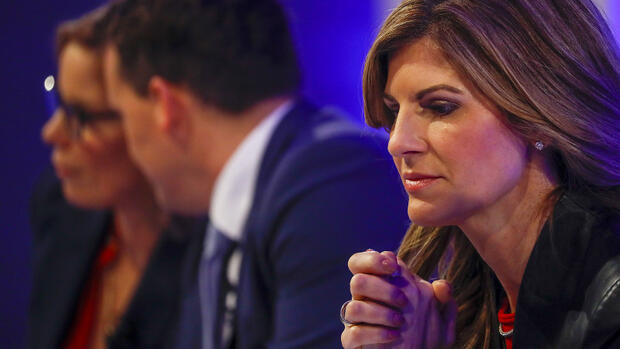 The double leadership at SAP around Jennifer Morgan and Christian Klein failed.

Germany has waited for years, oh what for decades, for a woman to be at the top DaxGroup is moving. Again and again names of promising candidates were circulating, it was of secondary importance who it would be, even in which company. It was just a matter of showing that even with us a woman can make it to the top.

The Dax is the leading German index, the 30 companies listed in the Dax are in the public interest like no other. Even if only 3.5 percent of all employees work there. Your bosses are heard everywhere.

And so October 11, 2019 was an important day for Deutschland AG. With the appointment of Jennifer Morgan and Christian Klein as Co-CEOs, the Supervisory Board appointed SAP not only the first Dax boss, but also committed herself to the rather rare – but popular with the software manufacturer – leadership model of the top two.

It was a strong statement of diversity in several ways: An American becomes the co-boss of a technology company founded in Germany, which is now one of the most valuable in the country. The public response was corresponding. In some cases, it bordered on jubilation arias on Morgan, combined with the hope of further promotions of women to top positions in the German economy.

Half a year later, it’s all past. Morgan is leaving SAP, and soon. Off, over, end. So great was the euphoria when she was appointed, so great is the disillusionment. And yes, the disappointment with SAP and the top levels.

Because the official reason that the corona crisis needs “clear leadership responsibility” is thin. Ultimately, it doesn’t matter why the double leadership at SAP failed, or from which side the decision came.

The fact is: it didn’t work and the collateral damage is huge. The signal that the first Dax boss is leaving after a few months and the man stays is devastating.

The filling of the CEO post is the most important personnel, which is often planned and prepared for years. One would think that everything that can lead to separation after such a short time, whether views on key strategic questions or character traits, has been clarified in advance. All the more so in the case of personnel with such an external impact as the appointment of a woman to be the first Dax boss.

Especially since SAP supervisory board chief Hasso Plattner let Morgan and Klein know that both had been “thoroughly prepared for a leadership role at the top of the company” and “complement each other perfectly”. Whatever motivation triggered the separation, it is questionable whether they justify the fatal effect.

the findings of a FIFPro report