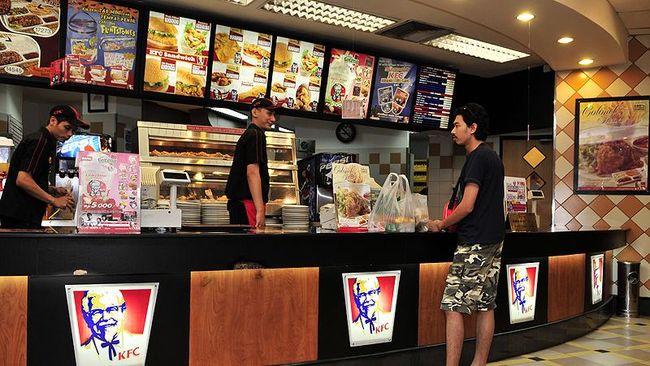 Fast food franchise management KFC Palopo City branch, South Sulawesi, sued to the District Court (PN) Palopo with allegations of public deception for the delivery of orders that do not match the application.

A consumer named Erwin Sandi sued the management of the US restaurant to pay compensation worth Rp. 4 billion. The breach of contract has now been registered on the official website of the Palopo District Court with case number 3/Pdt/G/2022/Pn Plp.

“We are officially filing a civil lawsuit because an open apology cannot be carried out by them (KFC Palopo management),” he said, quoted from Antara, Wednesday (12/1).

Not only suing PT Fast Food Indonesia Tbk as the holder of the KFC franchise in Indonesia, he also profited Gojek. To this startup, Erwin did not demand that immaterial losses be paid, but that the service be improved.

Erwin said that until now the management of KFC Palopo has not submitted an open apology because his son’s burger order did not match the picture in the application. The incident occurred on November 15, 2021 ago.

He felt disappointed and cheated because the burger he received did not come with mayonnaise, vegetables, and sauce as advertised in the application. The same incident also happened two days earlier, on November 13, 2021.

Erwin continues to file a lawsuit even though there has been a mediation process with the management of KFC Palopo. He outlined several points of his demands to KFC.

First, an open apology by KFC management. Second, improving customer service so that there is no longer a sale of incomplete food.

Third, feed the orphans every Friday at least five orphanages in Palopo for one month. Fourth, do not fire employees for the incident.

Of the four demands, three of them have been realized. However, the demand for an open apology through the media has not yet been carried out by KFC.

Separately, KFC Sulawesi Area Manager Darman said he could not comment much on the lawsuit and would hand it over to the company’s attorney.

“I have a superior, and I can’t comment yet because it’s (legal) if it’s like that. That is, the route is to a lawyer with a lawyer. God willing, management is ready (to face a lawsuit),” he concluded.

Sales 2022: take advantage of a discount on the Xiaomi 11 Lite 5G NE smartphone

She didn’t want to have a wedding and was rejected for her wedding dress when she was pregnant. She went crazy and cut 32 dresses.