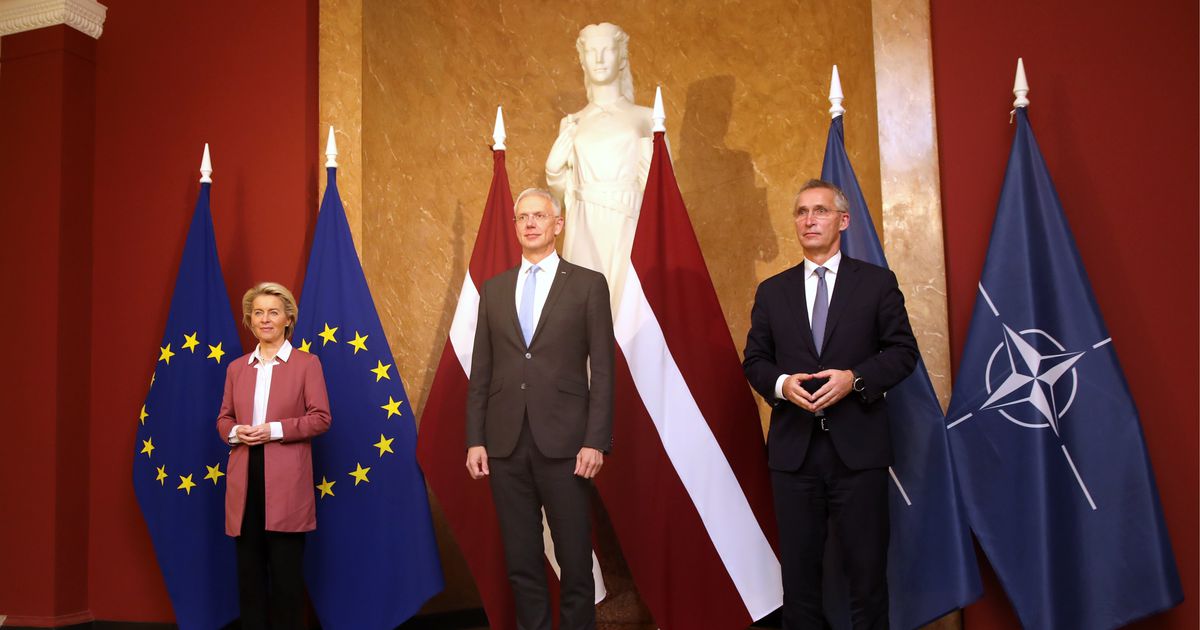 She said the new type of virus was being taken very seriously in the European Union, adding that “time is now really ahead of us”. Von der Leiena said there was little information about this type of virus, which was a matter of great concern to scientists.

According to her, scientists need 2-3 weeks to analyze this mutation, and in the meantime we need to use this time to vaccinate and strengthen our immunity. It is also important to use other safety tools, such as face masks and disinfectants. “We must continue to be careful no matter what variant of the Covid-19 virus spreads,” she said.

This variant has a large number of mutations, some of which are of concern. Preliminary evidence suggests that this variant may be associated with increased infectivity, a reduction in the efficacy of the vaccine, and an increased risk of re-infection compared to other variants of the SARS-CoV-2 virus.

The WHO has classified the newly identified variant of the virus as a cause for concern and named it omicron.

The WHO first received information about this type of virus from South Africa on November 24 this year, where the number of Covid-19 cases has risen sharply in recent weeks. Cases of infection have also been reported in neighboring Botswana.

The first known case of this approved variant was identified in a sample obtained on 9 November. As of November 26, travel-related cases have also been reported in Belgium, Hong Kong, Israel, and the United Kingdom.

ECDC experts assess the potential for the spread of the omicron variant in the near future and the associated degree of risk from high to very high.

The WHO and ECDC therefore call on Member States to strengthen the Covid-19 epidemiological surveillance and SARS-CoV-2 sequencing system, as it is now particularly important to monitor the epidemiological situation in each country, monitor the early detection of the new variant and take immediate containment measures.

Special care should be taken to recommend that travelers do not travel to known affected areas when returning with additional safety measures, including testing and self-isolation. Covid-19 infections in travelers returning from affected areas need to be detected as soon as possible.

It is recommended to continue the vaccination process, especially in risk groups and seniors who have not yet started vaccination.

In the case of the omicron variant, the previous recommendations remain valid – vaccination, proper wearing of face masks, observance of distance, hand hygiene, regular ventilation of the premises.

In response to the information received about the danger and rapid spread of the newly discovered variant of the Covid-19 virus, the Latvian government yesterday decided to ban the exit and entry from the Republic of South Africa, Lesotho, Botswana, Zimbabwe, Mozambique, Namibia, Swaziland, Malawi.

The ban on entry will not apply to Latvian citizens or permanent residents of the European Union with a residence permit in Latvia. Travel to and from these countries is also prohibited.

Latvian citizens or permanent residents of the EU who have resided in one of the mentioned countries during the last 10 days are obliged to present the result of the Covid-19 RNA test, which was performed 72 hours before entering the territory of Latvia. These persons are also obliged to take the Covid-19 test as soon as possible, but not later than within 24 hours after entering the territory of Latvia and on the eighth day after entering Latvia.

After entering the territory of Latvia, you must immediately go to the tourist accommodation to observe self-isolation for 10 days after leaving one of the above-mentioned countries.

The Covid effect hits Easyjet: towards the maxi-red in the budget, over a billion pounds