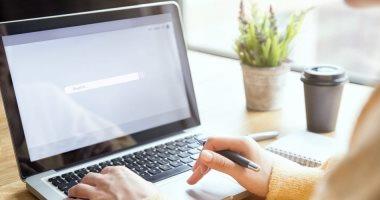 (MENAFN- Youm7) Over the years, we’ve seen a lot of Microsoft mice, but the software giant has announced a new mouse, Ocean Plastic, that focuses on recycling and sustainability rather than innovative scroll wheel controls or high DPI, according to a report by the Arab News Portal. Technology.

The Ocean Plastic mouse is notable for its packaging made from 20% recycled ocean plastic and its 100% recyclable packaging.

A pledge from Microsoft in August 2020 said it was seeking to achieve a goal of zero-waste operations by 2030, and to end single-use plastics in packaging by 2025.

The small box that comes with this mouse is made of recyclable wood and recyclable sugarcane fibres, and represents a step into the future.

The company also mentioned a free mail-in program so people can send in old mouse devices for recycling.

The plastic shell uses resin with recycled materials made from plastic waste recovered from oceans and waterways.

As a result, the plastic waste turns into pellets and is mixed with other materials that make up the case of this mouse.

In order to create the resin used in the Ocean Plastic mouse case, the software giant has teamed up with the Saudi Basic Industries Corporation (SABIC), a subsidiary of Saudi Aramco.

Surprisingly, the petrochemical industry is responding to the EV transition by increasing its focus on plastics.

The Ocean Plastic mouse is available for pre-order starting today at $24.99, and features wireless Bluetooth low energy technology with a range of up to 33 feet, and the mouse also supports Swift Pair to help you connect it to your computer.

Like all of the Surface devices revealed during the company’s event, it’s available starting October 5 in the US.

On top of that, the company promises up to 12 months of battery life from a single AA battery that can be replaced or recharged.

Owners can customize its three buttons via the downloadable Mouse and Keyboard Center software, while the scroll wheel technology and sensors should be familiar to anyone who’s used the company’s mouse in the past three decades.

For Latvian motorcyclists, the high sixth place in the qualification of the Nations Cup

The Turkish lira is near an all-time low