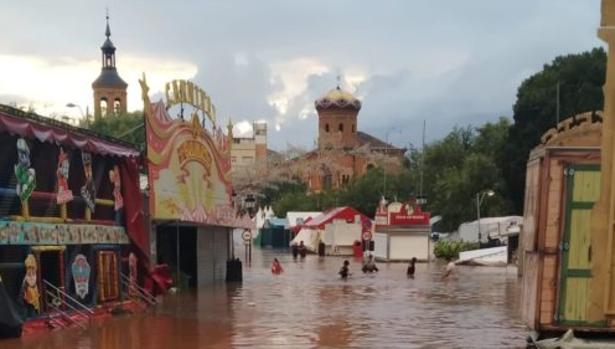 The Government of Castilla-La Mancha has deactivated the Specific Plan for the Risk of Adverse Meteorological Phenomena (Meteocam) throughout the region, due to the favorable evolution of the meteorology and then and having attended 701 incidents in eleven days. As reported by the emergency and emergency service 112, given this favorable evolution of the meteorological conditions and the absence of new incidents, the management of the Plan has decided its total deactivation.

The Meteocam was in the alert phase due to the strong storms in the region and was activated on September 11, when the phenomenon of cold drop occurred.

During the 11 days that the Meteocam has been active, the Emergency and Emergency Coordination Service 112 has managed 701 incidents caused by heavy rains and storms that have affected all of Castilla-La Mancha, although at first they focused in the province of Albacete, reported the Ministry of Finance and Public Administration.

By provinces, Toledo has registered a greater number of incidents, with a total of 186, concentrated especially on days 13 and 15, and in this province, the most affected municipalities were Quintanar de la Orden, La Puebla de Almoradiel and Mora.

Guadalajara was the second province where Service 112 managed a greater number of incidents, with a total of 168, most of them during the days of 15 and 16, and in this province were the towns of G
Guadalajara, Alovera, Azuqueca del Henares and Cabanillas del Campo the most affected.

Albacete was the third for the number of incidents managed by 112, with a total of 160, focused mainly on days 12 and 13, as well as the night of 20 and 21. Here, the municipalities of Almansa, Albacete, Ossa de Montiel and Caudete took the worst part of the "cold drop."

The fourth province was Cuenca, with a total of 98 incidents, concentrated mainly on the afternoon of the 20th and the night of the 21st, and which especially affected the towns of El Picazo, Villanueva de la Jara and Motilla del Palancar.

Finally, Ciudad Real suffered a total of 89 incidents, most of them in Valdepeñas.

All kinds of incidents
Most of the incidents were water drains, a total of 369, both on public roads and highways, as in homes and enclosed spaces. There were also 13 bailouts of people trapped in their vehicles, homes or premises, in addition to cleaning streets and roads affected by falling trees, branches or landslides and stones.

The most serious episode occurred on the first day of activation, day 12, in the Albacete town of Caudete, where two people died inside their vehicle, when it was dragged along the flood.

Also last day 20 two children had to be rescued from a center for people with disabilities in Ossa de Montiel (Albacete), when the building was flooded.

Likewise, there have been the cutting of numerous national, regional and local roads during these days, traffic interruptions on the A-31 and A-35 highways, in the province of Albacete and the A-4, being especially significant. its passage through the province of Toledo, in addition, also the communications between Albacete and Valencia, Alicante and Murcia, by conventional railroad have been interrupted, still closing those that connect the capital of La Mancha with Valencia and Murcia.

The Meteocam was activated on September 11 at 11 p.m. in alert phase, only for the province of Albacete, in anticipation that the "cold drop" would affect that area and the intensity of the rains during the next day, as well as the number and severity of the incidents occurred, they advised the activation of the Meteocam in emergency phase level 1, for the province of Albacete.

The forecast, made by the Aemet, that storms and heavy rains could spread to the rest of the community forced, on the 13th, to the activation in level 1 emergency phase throughout Castilla-La Mancha.

This situation remained until day 17, when at 11 o'clock the alert level was reduced. However, it was not deactivated in case the weather conditions worsened again, which happened during the 20th and 21st, with new episodes that affected the provinces of Cuenca and Albacete. Yesterday it was completely deactivated. . (Desirable tagsToTranslate) (t) meteocam (t) after (t) attend (t) 700

Another alleged IS supporter arrested