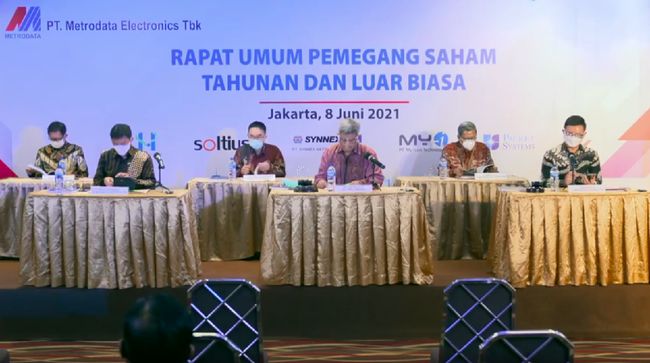 This decision came with the signing of an agreement in the form of subscription agreement with an amount of US$ 500,000 or equivalent to Rp. 7.25 billion (exchange rate of Rp. 14,500/US$).

This investment was carried out in collaboration with a subsidiary of PT Telekomunikasi Indonesia Tbk (TLKM) as part of the digital ecosystem. The two Telkom subsidiaries are Arise Fund as a fund entity and Metra Digital Innovation Pte Ltd (MDI Ventures) as fund manager.

Based on an official statement in the disclosure of information on the Indonesia Stock Exchange (IDX), the investment funds will be deposited in stages according to investment needs.

MTDL also said that the investment is in line with the company’s grand strategy to be fully involved in digital transformation in Indonesia and does not rule out the possibility that the company will make further investments.

The company’s move to invest in start-up companies is indeed an interesting thing and a challenge for investors who want to buy MTDL shares in the future.

So are the pockets of this data solution company deep enough to accompany startups to sail through the ‘storm of uncertainty’ that is very likely to threaten growth?

Following are some important highlights of Metrodata’s financial performance.

During the first half of this year, MTDL’s revenue grew 23.49% to Rp 7.66 trillion from the original Rp 6.21 trillion. The pandemic conditions were able to boost sales of hardware and software services offered by the company.

The company’s asset value also increased by 7.28% to Rp 6.29 trillion from the position at the end of last year at Rp 5.86 trillion.

Interestingly, the majority of assets owned by the company are current assets with a total value of Rp 5.67 trillion or 90.16% of MTDL’s assets. This shows that the company has good liquidity, with cash and cash equivalents recorded at Rp 1.68 trillion.

The company’s equity also recorded a growth to Rp 2.78 trillion from Rp 2.45 trillion.

The virus changes again and again!South Korea found “Delta Plus”, the authorities worry that the virus has penetrated into the community-Yahoo News