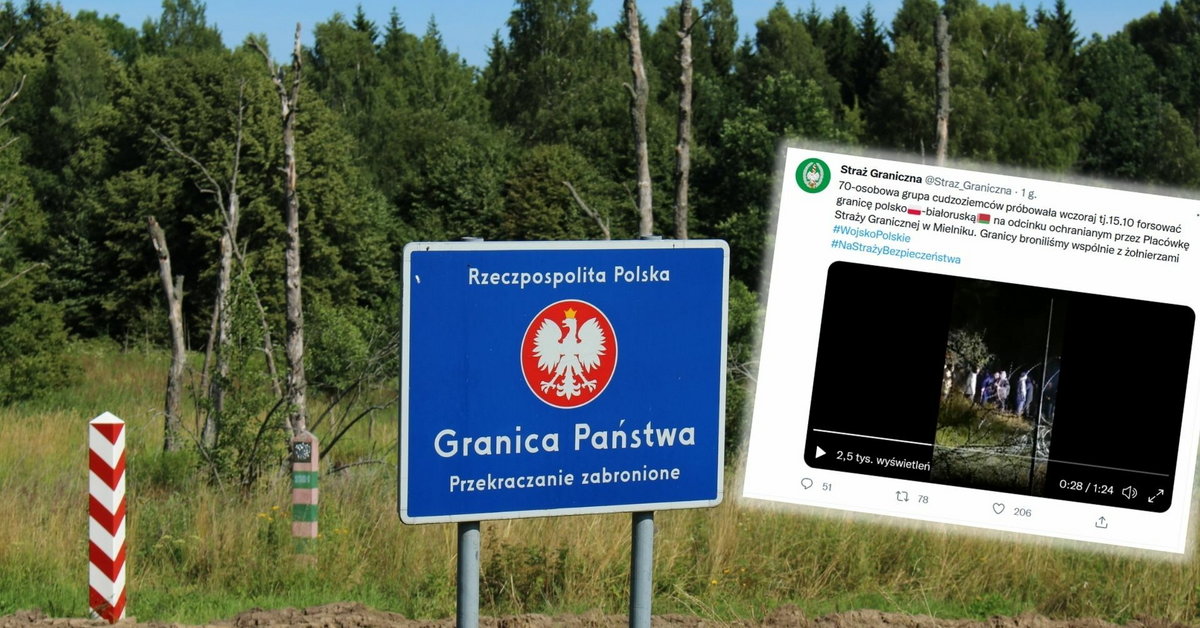 “We defended the border together with the soldiers of the Polish Army” – informs the Border Guard on Twitter. A video is attached to the entry, which shows a group of migrants standing at the border fence at night and shouting to Polish officers:

According to Onet’s information, on Friday evening the Border Guard brought a woman from Iraq arrested at the border to the hospital in Hajnówka along with her six children. The mother, who needed treatment, remained in the hospital. On Saturday morning, the border guards took the children to their facility in Narewka. – The Border Guard brought them to us because they had trouble putting them somewhere. This is a problem that is starting to become serious – Tomasz Musiuk tells Onet, deputy director for treatment of the local hospital.

We recently wrote about the stories of people who trusted the Belarusian regime and are now trapped in Podlasie forests. In an interview with Onet, the inhabitants of the areas under the state of emergency said: “Here, near the forest, they caught two, a boy and a girl, apparently from Syria. There, in the forest under the cross of twelve. when they gave them this water, I think they called “.

Migrants on the Polish-Belarusian border

In recent months, thousands of people from the Middle East and Africa have come to Belarus to join the European Union. First, they headed towards Lithuania and Latvia, now they are going to Poland. It is organized and facilitated by the regime of Alexander Lukashenka, which wants to put pressure on the European Union in this way.

The rest of the text below the video

Every day, the Border Guard informs about hundreds of “attempts to cross the border illegally”. According to her data, on Friday border guards recorded 592 attempts to illegally cross the Polish-Belarusian border. One Iraqi citizen was arrested and other attempts were prevented.

Since the beginning of the year, the Border Guard has prevented over 18,000 attempts to illegally cross the Polish-Belarusian border, of which over 7,000 took place in October.

From September 2, due to migratory pressure in the border zone with Belarus – in 183 localities in the voivodeship Podlasie and Lublin regions – a state of emergency is in force. It was introduced for 30 days under the ordinance of President Andrzej Duda, issued at the request of the Council of Ministers. The Seym agreed to extend the state of emergency for another 60 days.

Do you want us to describe your story or deal with a problem? Do you have an interesting topic? Write to us! Letters from readers have inspired us many times, and on their basis numerous texts have been written. We publish many letters in their entirety. You will find them all here.

Diclofenac and etoricoxib most effective against osteoarthritis pain