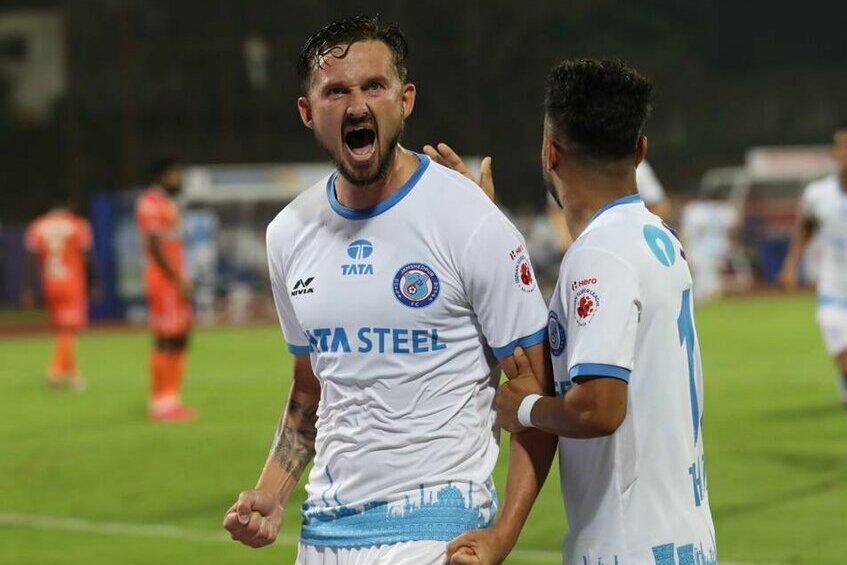 Jamshedpur have played their second match in the Indian Super League on Friday and their scores have opened Nerijus Valskis. Jamshedpur, led by Lithuania, defeated the Goa team 3: 1, and N. Valskis contributed two goals to the victory.

The entire 90-minute striker scored the first two goals of the match. N.Valskis scored accurately in the 51st and 61st minutes. The Lithuanian scored the first goal by shooting accurately from a distance, and the second goal was scored by cleverly hitting his head.

It was Jamshedpur’s first victory this season, after which Jamshedpur rose to first place in the league, at least temporarily, by 4 points.

In the first Polish league Titas Milašius has been playing since 65 minutes, and the Lithuanian-defended Podbeskidzie club played 1: 1 with Odra Opole. After these draws, Podbeskidzie ranks fourth in the league with 32 points.

He withdrew from the Scottish Cup Vytas Gašpuitis and his club, Dunfermline, which lost 0: 1 to Partick Thistle. V.Gašpuitis played the whole 90 minutes, and his team missed the only goal of the match in 82 minutes.

In the Italian Serie B league, a goalkeeper remained on the bench Titas Krapikas, and his Ternana club played a 3: 3 draw with Lecce.