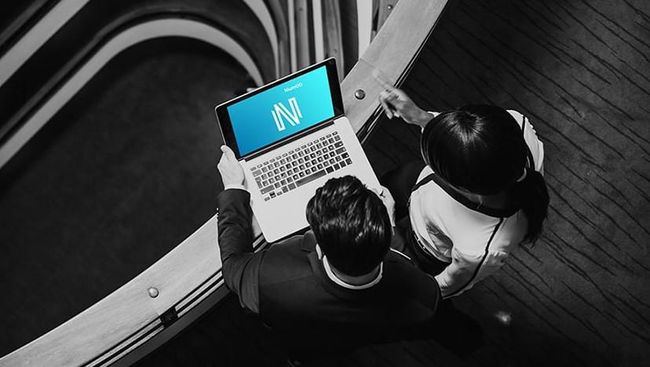 Jakarta, CNBC Indonesia– In order to increase the value of the company, PT Telkom Indonesia (Persero) Tbk (TLKM) carries out various strategic initiatives including investment in developing and growing startup companies. This initiative is also carried out through its subsidiary MDI Ventures which invests in various startup potential.

One of startup Potential funding backed by MDI Ventures is Nium, which recently announced a US$200 million funding pool in its Series D round, led by US-based technology investor Riverwood Capital.

With this additional Series D funding, the total funds raised by Nium reached nearly US$300 million and recorded a valuation of over US$1 billion. This makes Nium the first B2B payments unicorn from Southeast Asia.

Previously, Nium, which was originally called InstaReM, is a Singapore-based global financial services platform that received funding from MDI Ventures in the Series C round in October 2018.

The funding aims to support Nium to become a local partner in its expansion in Indonesia, by providing a platform and securing Indonesian payment licenses to operating B2B remittance services.

“We are also proud of the birth of a new unicorn in Southeast Asia, namely Nium, which we have funded through MDI Ventures since 2018. The success of Nium is proof that TelkomGroup’s strategy to support the digital ecosystem through potential startups, both local and global, is starting to show positive results,” said Telkom’s President Director, Ririek Adriansyah in his official broadcast, Saturday (31/7/2021).

He said that this also convinced us that in the future the income from digital businesses would increase, along with the synergy value with startups from MDI. He added that this would certainly be a source of pride for TelkomGroup if many other unicorns continued to be born from the company’s portfolio, especially local startups that exist at home and abroad.

Through TelkomGroup and MDI Ventures, Indonesian companies can take advantage of the Nium platform to conduct financial transactions from anywhere in the world through a single platform.

In addition, the support for telecommunications infrastructure with a wide reach owned by TelkomGroup also greatly helps the smooth provision of digital and fintech services in Indonesia.

On the same occasion, the CEO of MDI Ventures, Donald Wihardja, revealed the achievements of Nium, with TelkomGroup through MDI Ventures successfully proving its ability to invest, oversee, and support startups to become unicorns.

“This is also strongly supported by market sentiment that accelerates digitization and investment sentiment that remains optimistic in supporting technology startups. We hope this will be a good start for MDI Ventures as a Corporate Venture Capital which will not only contribute to TelkomGroup’s synergy revenue but also ‘breeding new’ unicorns’,” Donald said.

He is optimistic that this development can become a global catalyst to advance international trade and remove some of the traditional payment barriers that are holding back business.

“The Nium platform simplifies the B2B payment process by providing financial services to be implemented easily to support local market players to become global giants of the future,” he said.

MDI Ventures is a subsidiary of TelkomGroup which is engaged in corporate venture capital with its business activities consisting of investing – synergy – portfolio management – value creation and fund raising. In 2020, MDI Ventures invested in 15 new startups spread across 4 countries, so that a total of MDI has invested in more than 50 startups in Indonesia and globally. For startups created by the nation’s own children, MDI Ventures has invested in nearly 20 local startups.

In 2021, MDI has an investment focus in the field fintech, agritech, logistic, health, new retail, and deep tech. Besides Nium, it is hoped that in the near future there will be local startups in the MDI Ventures portfolio that will become new unicorns, as well as IPOs on domestic and foreign exchanges.