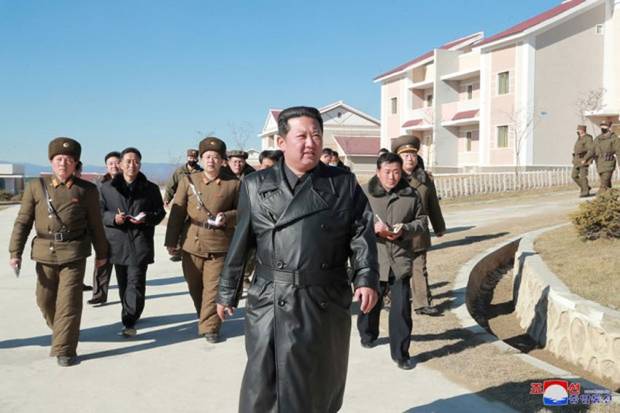 PYONGYANG – The authorities in North Korea (Kourt) is reportedly cracking down on residents wearing leather coats. The reason, imitating the country’s leader’s fashion choices, Kim Jong-un is an indecent act.

Leather coats became popular in 2019, after Jong-un appeared on television wearing the fashion model. At first, genuine leather coats imported from China were picked up by wealthy people who could afford them, but later garment manufacturers started importing fake leather to make them domestically.

As reported by Radio Free Asia, Wednesday (11/24/2021), after Jong-un’s appearance, almost every market in North Korea sold him and many young men were seen wearing faux leather suits. To stop the cheesy imitations, and the cheesy imitators who wear them, the literal Fashion Police patrol the streets to confiscate jackets from sellers and citizens wearing the look.

But in his next appearance on television, Jong-un this year popularized the look with a new demographic. This was revealed by a resident of Pyongsong city in South Pyongan province, north of the capital Pyongyang, to Radio Free Asia.

“During the military parade at the 8th Party Congress in January this year, His Majesty and all high-ranking officials were also shown wearing leather coats,” the source said, using an honorific term to refer to Jong-un.

The leather-clad officials include Jong-un’s sister, Kim Yo Jong, who many believe may be the next successor to lead the country. Leather coats were also worn by several other influential women, according to the source.

“So now the leather coat is also a symbol of a strong woman,” said the source. “When leather jackets became known as a symbol of power, private clothing traders asked trading company officials to import synthetic leather since September this year. They imitated the designs of leather coats worn by His Majesty and officials and now they are being sold in the market,” he continued.

But police in Pyongyang recently started their crackdown, seizing coats from sellers and people wearing them in public, according to the source. “The youths protested, saying they bought the coat with their own money and there was no reason to take it,” the source said.

“Police responded to the complaint, saying that wearing clothes designed to look like Your Majesty is an ‘impure trend to challenge Your Majesty’s authority.’ They are instructing the public not to wear leather suits, as that is part of the direction of the authorities to decide who can wear them,” the source said.

Anti-inflationary shield. The finance minister argues that it will not cause budget problems