“EKasa, which has long been one of the leading cash register systems in the Czech Republic, has exhausted its potential after four years and the solution provider has not been able to come up with a long-term product vision,” explains Markéta Gasiorovičová, Financial Services Manager at O2. According to the last published financial statements for 2019, EKasa reported revenues of almost seventy million crowns.

The service was created in response to the introduction of mandatory electronic records and for years was considered the market leader with the most customers. In 2017, a year after the launch of the first wave of EET, O2 stated that eKasu is used by over twenty thousand clients, but now, according to a press release, it registers only over three thousand active licenses. Last June, the company refused to be abandoned by its clients due to a suspended EET.

“Given that eKasu is used not only to record sales, but also to receive card payments, for example, a minimum of them used this option,” the then spokeswoman of O2 Czech Republic, Lucie Jungmannová, replied to the idnes.cz server.

The crash of eKasy represents a new impetus for the Storyous system. It currently has over three thousand clients, and if customers take advantage of the transition offer, they will be able to almost double their number.

“The company is growing incredibly this year and cooperation with O2 will move us even further towards other clients. This step goes hand in hand with our long-term vision, “says Storyous boss Igor Třeslín.

Unlike eKasy, Storyous was created before the Act on Electronic Records of Sales. “We were before EET, we will be after it. It is a comprehensive restaurant and management system, restaurants in it can have, for example, warehouse management, make inventories, create recipes, connect street sales, QR codes and many other functions, “says company spokeswoman Jana Kohoutová. 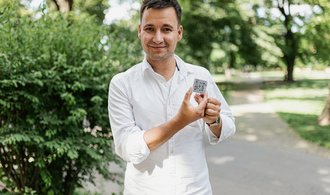